For many years, something very strange has been happening in the small town of Fremont. At certain times, a strange light emerges from a graveyard and travels over to the nearby railroad tracks. The light will hover around the railroad tracks, sometimes moving back and forth, up and down. If someone approaches, the light will move closer, as if it has a question to ask. Before dawn, the light will travel back to the cemetery and disappear into one particular grave. The story of what this light is and how it came to be takes us back to a time when Fremont was a little more exciting than the quiet town that it is now.

Back more than a century ago, horse racing, cockfighting, and gambling were all common pastimes in North Carolina. Fremont, being right on the newly built railroad line and halfway between Wilson and Goldsboro, would throw festivities every summer. Tourists would take day trips from the cities to the little town to take part in the excitement, and to enjoy the whiskey that flowed freely all day.

In Fremont, one of the regulars at the events was a local man by the name of Bolton. Bolton was a giant of a man, massively built, a hulk of muscle and bone. He was also a very, very heavy drinker. Whenever there was racing and gambling going on, Bolton would work the crowd performing feats of strength in exchange for a drink. His signature trick was smashing a whiskey barrel to pieces using his giant head. He would celebrate his triumph by gulping down the whiskey that the appreciative onlookers passed his way.

On one of these festival days, the weather was good, the crowd was large and generous, and Bolton had drunk more than even his usual share. He began to boast, saying he could smash anything with his head. He was soon breaking bottles and two-by-fours on his head without seeming to feel any pain. As he became more and more drunk, Bolton's boasting grew until he declared he could stop a train with his head.

By this time, the crowd was nearly as drunk as Bolton, and they cheered him on as he swaggered down to the railroad tracks and stood right in the middle of the line, sticking his big head out in the direction of the next arrival.

In those days, trains ran on time, and so before too long the crowd heard the whistle and the the rumble of the express rolling down the tracks. Now, the sound of an oncoming train was enough to sober up a few of the crowd, who tried to pull Bolton off of the tracks. But he refused, and as the train drew ever closer he loudly proclaimed that he was tougher than any train.

The train soon proved him to be very, very wrong about that.

The crowd gathered what remained of Bolton and carried him down to the graveyard. The found the local preacher and poured enough coffee into him so that he was sober enough to say a few words. After they had buried him, the drinking and carousing continued, but became a wake for Bolton. Folks figured he would have wanted it that way.

Ever since that night, that mysterious light has been seen rising out of the graveyard and traveling to the spot on the railroad tracks where Bolton met his end. Folks who have gotten close enough to the light to get a good look say that inside that eerie green glow seems to be the shape of particularly large human skull. And a few have even said they've heard a spectral voice coming from the glow. The voice is indistinct, as coming from another world, but it seems to be asking a question.

It wants to know if they can spare any whiskey. 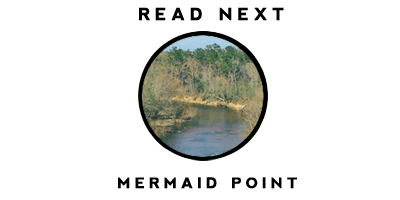