This happened a long time ago. There was a man who had a farm and a farmhouse with a nice big front room. He lived there alone after his wife had died. His wife had loved one thing in this world more than anything else, and that was to play the piano sitting in that front room. When she was alive, she would sit there every night and hit those keys to make beautiful music. And when it came time for her to leave this world, she called her husband to her bedside and made him promise that he would never, ever sell that piano or move if from the house. That's how much she loved that piano.

So for many years that's what the man did. He just let that piano sit there. But came time he was getting old, and getting tired of taking care of that big farm and that big house. He decided he wanted to sell it and move somewhere smaller. So he started to pack up all his things and move his furniture out of the house.

He had his bed and his sofa and all his other furniture sitting out on the porch ready to move away. And then he went to move that piano. He hauled that piano out onto the porch with the rest of the furniture. Well, that piano just lifted up its legs and walked right back to where it had been sitting all those years.

The man hauled it out onto the porch again. But it got up again and walked right back to where it had been.

This went on and on. That piano just would not go.

Finally, the man got so angry about it he said he pay a whole bunch of money to anyone who could move that piano.

There was an old root woman who lived nearby. Everybody went to root women in those days to take care of any kind of unusual problem. This old root woman heard that the man was offering a whole bunch of money to anyone who could move that piano, and she thought that she sure would like a whole bunch of money, and that a piano that moved by itself was a mighty unusual problem. So she reckoned that she was just the one to take care of it.

So she went to the old man and told him that she was the one to move that piano, and that she'd be dancing in Hell if she couldn't move it. The man told her to go get her roots and such and see what she could do.

But that root woman didn't listen to her mother. She took her roots and such and started trying to move the piano. She got it out onto the porch, but the same thing happened again. That piano got up and started moving. Only this time that piano was moving fast, so fast that it knocked that root woman down and it killed her and she died. Now everybody says that they believe that she's dancing in Hell.

This story is retold from J. Mason Brewer's Worser Days and Better Times, a collection of African-American folktales published in 1965. A native of Texas, J. Mason Brewer was one of the most prominent collectors of African American folklore in the 20th Century. Dr. Brewer was the first African-American man to serve on the council of the American Folklore Society, and also the first African-American to be a member of the Texas Institute of Letters. He was a professor at Livingston College in Salisbury, NC, in the 1960s. 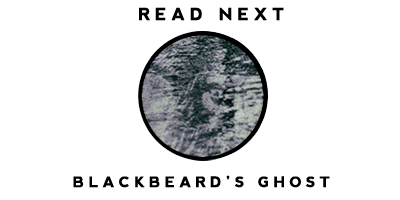