Marshall Michel Ney was born in 1769 in Sarrelouis, a town along the French-German border. He enlisted in the French Army in 1787 and rose rapidly through the ranks, fighting on the side of the Republic during the French Revolution and eventually casting his lot in with Napoleon Bonaparte. France's new Emperor would continually praise Ney for his intelligence and bravery, awarding him the title of Marshall of the Empire in 1804. Marshall Michel Ney was known as the "Last Frenchman in Russia" after standing with the rear guard of the French invasion force as it retreated from the disastrous 1812 invasion of Russia. But Ney eventually turned against Napoleon, leading a military revolt seeking the Emperor's abdication in 1814. The restored Louis XVIII granted Ney the title of Duc d'Elchingen. Ney's sympathies for the restored monarchy proved short-lived, and when Napoleon returned to France in 1815 Ney once again joined with Bonaparte. It was a decision with great consequences for Marshall Ney. When Napoleon was defeated, Ney was arrested for treason, and executed by firing squad on December 6, 1815.

Peter Stuart Ney was a man seemingly without a past who appeared in America in the early 1820s. He moved from town to town throughout the Carolinas, working as teacher of French and Latin. He eventually settled in Cleveland, NC, where he supported himself teaching.

Peter Ney kept to himself. He was known to voraciously read any newspaper he could get his hands on, paying particular attention to news from France or of the Emperor. He would spend many of his evenings drinking and would reportedly occasionally let slip hints of of a former life in the French army. He once challenged a French fencing instructor who had set up residence in Mocksville to a duel, and defeated the much younger man almost effortlessly. When news of Napoleon's death reached Peter Ney, he dropped to the floor in a cold faint, and when he recovered tried,unsuccessfully, to end his own life. Many veterans of the French wars had settled in America after Napoleon's defeat, and those that passed through this small North Carolina town noted unanimously on the striking resemblance between this tall, red-headed schoolmaster and the late Marshall Michel Nay of France.

Soon, people began to speculate they were one and the same man. 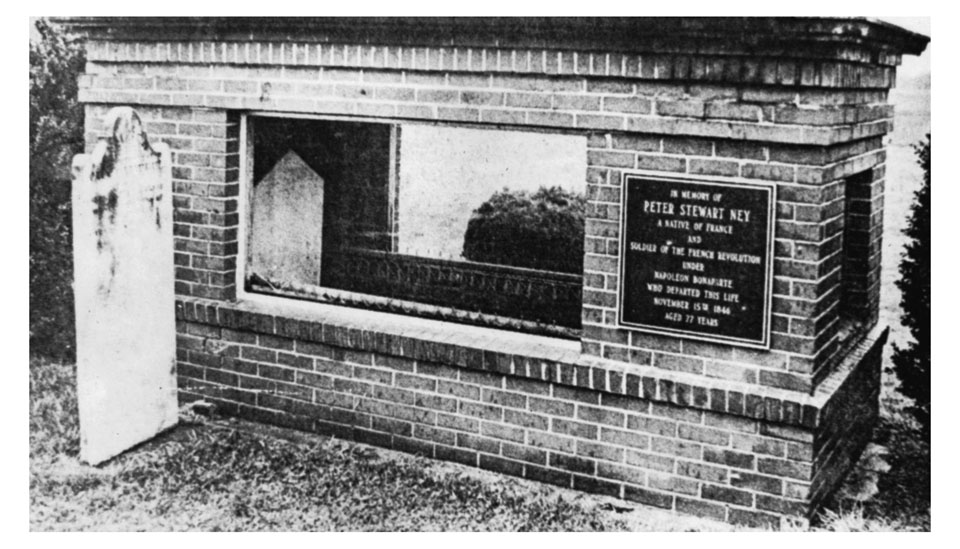 The Grave of Peter Ney in Rowan County. Image from the Davie County Library

Was it possible the Marshall Ney had somehow avoided execution had relocated across the ocean to North Carolina, hoping to one day return when Napoleon once again rose to power? Even at the time of Marshal Ney's death, there had been speculation that his execution may have been faked. Michel Ney was a Freemason, as were many of the peers who oversaw his trial and execution. There were rumors that the Freemasons were unwilling to execute a fellow member, and so had arranged for Ney's death to be staged and for him to be transported to safety. There may also be some clue in the name Peter Stuart Ney itself. Michel Ney's father was Pierre Ney, which would be Anglicized as "Peter", and the name "Stuart" recalls another famous exile. England's Charles II of the Stuart line spent the years during the interregnum in exile in France, to return to the throne in 1660 when the monarchy was restored. This connection to another exile may have appealed to Ney's sense of irony, or his sense of self-aggrandizement.

Throughout his life in North Carolina, rumors circulated that Peter Ney was, indeed, Marshal Ney. The schoolmaster's surprising military skill, his inebriated recollections, his natural command of the French language, and his surprising resemblance to the fallen Marshall all fueled the speculation.

It should be noted that at this time in America there was widespread fascination with the fallen French monarchy and with Napoleon's fallen court. Impersonating exiled French aristocracy was even something of a career choice. Many small-time con men with enough French to pass themselves off as members of the Gallic upper crust could spend years dining out on their invented recollections, to the point where Mark Twain even parodied the trend in the Duke and Dauphin episode of Huckleberry Finn.

The Grave of Marshall Michel Ney in Paris. Image from Wikimedia Commons.

Still, according to the legend Peter Ney himself may have had the final word on the matter. When asked on his deathbed in 1846 if he was indeed Marshall Michel Ney, the Schoolteacher's dying words were reported to be "I will not die with a lie on my lips! I am Marshall Ney of France!"

Whether or not Marshall Ney was Peter Ney, and whether Marshall Ney's glorious grave in Père Lachaise Cemetery in Paris is empty will probably be forever unknown. But there is a tomb in a Presbyterian church in Rowan County over which a French flag flies and where a plaque bears the words "In memory of Peter Stuart Ney, a native of France and soldier of the French Revolution under Napoleon Bonaparte, who departed this life November 15, 1846, aged 77 years." 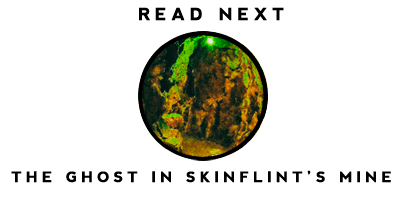