The Miller Married a Witch

Some time ago before the Civil War there was a free black man who owned a mill not too far from Raleigh. His mill was doing fine and many people from around the county brought their corn to the mill to be ground. He thought his luck was doing fine, particularly when a beautiful young woman came to town one day. He took such a fancy to her that he married her and they settled down together in the mill house. But soon after he got married, people stopped bringing their corn to the mill. Rumors started spreading around town about the young wife's strange behavior, and folks became convinced that the miller had married a witch. Soon no one would even set foot in the mill.

Now the miller was a brave and generous man. He would often shelter runaway slaves within the mill, giving them a place to hide and plan their route up north to freedom. One night, a young boy who had run away from a nearby plantation made his way to the millers house. The boy had heard that the miller's wife was a witch but he said he wasn't afraid. He had a butcher's knife with him and he said he could protect himself from anything. So the miller opened the quiet mill for him and showed him where to hide if anyone should come looking for him.

The boy was settling down for the night when out of the shadows walked the biggest, blackest cat he had ever seen. That cat was bigger than a dog, as big as a panther, and its eyes glowed like firelight. As it came closer and closer the boy saw that the cat meant to do him harm. As it raised up its paw to trike, the boy pulled out his butcher's knife and chopped off the paw with one quick strike. The cat howled and ran away out the window.

The boy stayed awake all that night, and the next morning when the miller came to call on him the boy told the miller everything that had happened.

The miller went to rouse his wife out of bed, but she refused to get up. She kept herself wrapped up in the covers and said she was feeling ill. She said she wasn't going to get out of bed at all that day. But the miller pulled the covers off of her, and when he did he saw that the bed was covered in blood and that here right hand had been chopped clean off. It was clear enough what had happened, the wife was a witch. She had been driving the mill's customers away and last night she had turned herself into a big black cat and headed out into the mill to kill the young boy.

Well the miller tied up his witch wife and called for the neighbors. They all agreed there was only one thing to be done. They killed the woman and burnt her body so she couldn't come back to haunt them.

After that witch was out of the mill, folks started bringing their corn back to the mill. The miller became wealthy and found another young woman, this one who wasn't a witch, and they married and he had a happy life. And that young boy made his way north and to freedom.

In 1935, at the height of the Great Depression, president Franklin Roosevelt established the Federal Writers Project. The Federal Writers Project employed men and women to go out and gather stories from across the country. Writers throughout the south recorded the experiences of former slaves. The Slave Narrative Project recorded the histories of over 2,300 former slaves. Apart from being an invaluable insight into the experience of slavery told by those who lived it, the Slave Narrative project also recorded a tremendous wealth of folklore. One of the questions asked was about belief in the supernatural. This story is retold from one of those slave narratives recorded by the Federal Writers Project, and was originally told by Richard Moring, a former slave who lived in Raleigh and was Eighty-Six years old at the time of the interview. 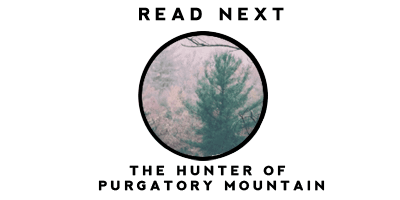