The Single Brother's House, or just Brother's House, is located in the historic Old Salem Village and Gardens in Winston-Salem. This home in the reconstructed old Moravian village was once home to one of North Carolina's most beloved ghosts.

Salem was originally settled by members of the Moravian Church, a Protestant denomination that first began in 1457 in the Kingdoms of Bohemia and Moravia, which are now part of the Czech Republic. Persecuted for their unorthodox beliefs, the Moravians sought refuge in the New World, first settling in Savannah, Georgia in 1735. The congregation moved to Pennsylvania in 1740, where they grew and founded several towns with the biblical names of Bethlehem, Nazareth, and Lititz. Still growing and facing increasing pressure from the growing communities of Pennsylvania, they searched for a new community to call home.

The Moravians purchased the site of Salem from Lord Proprietor and Earl of Granville John Carteret in 1753. Members of the community moved from Pennsylvania to begin construction on their new home. Founded as a religious community, the town was strictly controlled by the church and any members who were found disobeying the rules would face exile. As the nation around them grew, the community gradually drifted away from its strict observance and the Moravians became assimilated into the mainstream culture. The original settlement of Old Salem is now a living history museum, where visitors can see and experience the life as lived by 18th and 19th Century Moravians, and taste the crispy delight of the distinctive Moravian sugar cookies. 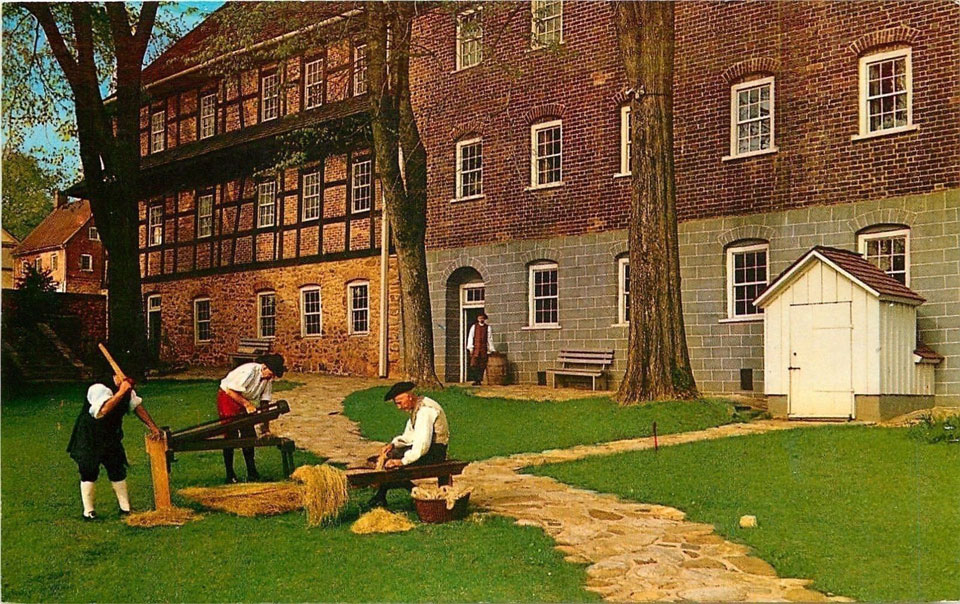 A vintage postcard showing craft demonstrations outside of the Single Brother's House in Old Salem Village. From the author's collection.

Now part of the museum, Brother's House was originally used as a communal home for unmarried men in the Moravian settlement. Moravians have a strong tradition of keeping excellent records, so we have an unusually detailed account of how this ghost came in to being. The late, great North Carolina folklorist Richard Walser quotes the record at length in his invaluable and highly recommended book North Carolina Legends.

On March 25, 1786 a shoemaker named Andreas Kresmer was killed while excavating a new foundation for an addition to The Brother's House. Working late into the night, around midnight Brother Kresmer was caught beneath a falling bank of earth. He passed away a few hours later. This kind man and playful was much mourned by his fellow Brethren.

For years afterwards, strange sounds that resembled the tap of a shoemaker's hammer were heard throughout the house. A small man wearing a red cap like the one Brother Kresmer had been wearing when he died was also seen scurrying through the halls. 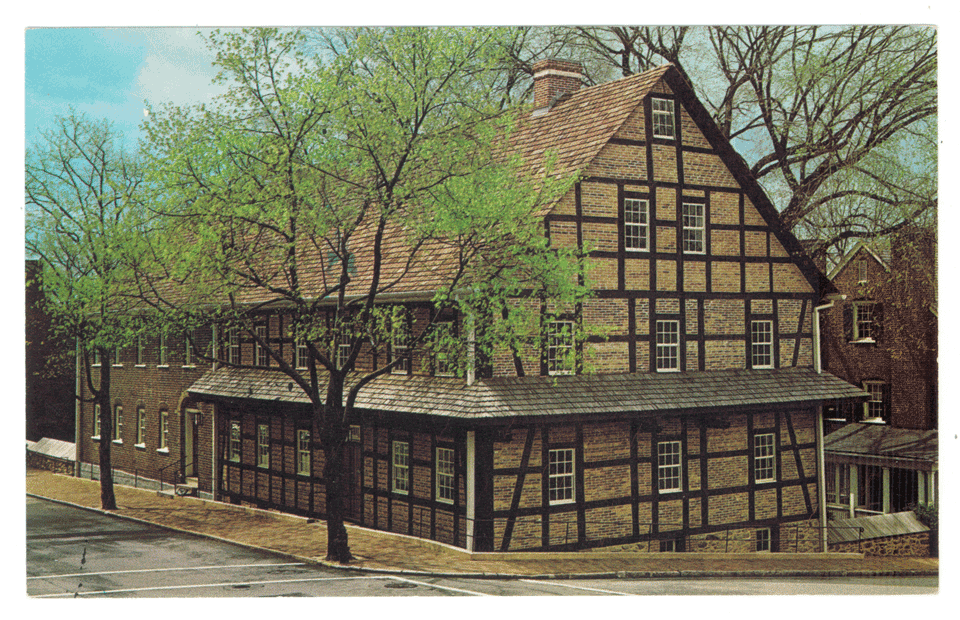 A vintage postcard of the Single Brother's House in Old Salem Village. From the author's collection.

The figure was seen for years, even after the Brother's House had been converted into a home for Moravian widows. One of the most famous encounters with the Little Red Man happened then. Little Betsy, the granddaughter of a widow who lived in the house, is said to have met the ghost and gotten along splendidly with him. Little Betsy had been left deaf from an early childhood illness, but could still speak. She knew nothing of the ghost or the accident, but one day while visiting her grandmother rushed excitedly in from the garden and told of a small man wearing a red cap who had beckoned her to come and play.

According to legend, the Little Red Man's appearances were brought to rest when he made an ill-advised appearance before a prominent member of the community showing an important visitor around the cellar. The visitor was shocked to discover such disreputable supernatural goings-on in a respectable Moravian home. It's never good to show up the boss, and a minister was called in to lay the ghost to rest, which apparently worked. The Little Red Man has not been seen since.

Old Salem Museums and Gardens is located at 900 Old Salem Road in Winston-Salem. The museums are open year round, and while your chances of seeing the Little Red Man seem to have disappeared, there are still many interesting things to see and do there. 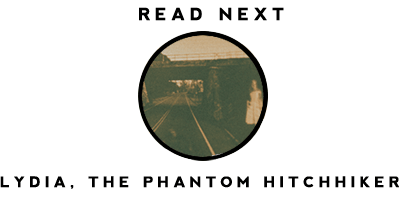