The Hunter of Purgatory Mountain

Purgatory Mountain is a low, flat mountain at the northern edge of the Uwharrie range in Asheboro. Though the Uhwarries are some of the oldest mountains in the world, this hill went unnamed until near the end of the American Civil War.

In the waining days of the war, the Confederacy knew that it had lost. They were discovering that what it called a noble cause didn't seem so noble to a lot of the population. With emancipation being declared and the certainty of a victory for the Union, huge numbers of slaves had fled their oppressors and made their way towards freedom. And there were others who lived in North Carolina who also never believed in the justice of slavery, among them the large population of Quakers who had settled in the piedmont around Greensboro.

The Quakers were pacifists, who refused to fight in any way, particularly one which was dedicated to preserving such an unjust system. But an order went out from the Capitol that every able-bodied man was to enlist in the Confederate army. To enforce this law, the state hired gangs of men to go out and capture anyone resisting the draft and bring them to the army.

Among these hired men was a particularly evil man, a burly, black-bearded man who had murdered many men even before the war. Nobody knew his name, he was only called The Hunter. His was paid by the head for every man he brought in, and he determined the Quakers were weak and would be easily captured, bringing him a big bag of cash if he could bring in many men at once.

And so The Hunter set off to a Quaker settlement on a hill near Asheboro, where on Sunday morning he burst into the silent meeting house with two shotguns pointed at the congregation. Trapped, and with no way to resist, the young men of the congregation were captured. The hunter tied together twenty-two Quaker boys, some not even as old as fourteen, and marched them out of the town at gunpoint, heading towards the recruitment center in Wilmington.

For days, The Hunter dragged the boys through the hills and fields towards the Cape Fear and down towards Wilmington. But the fall of the Confederacy was imminent, and the land was in confusion. One night, The Hunter stopped into a tavern to drink and hear the latest gossip, leaving the boys tied tightly outside.

When he emerged into the night, the boys could see he had had more than his share to drink. As he collapsed onto the ground, they took advantage of the situation, slipped their knots, and started running back home to Randolph County.

Knowing that The Hunter was not just a threat to themselves, but to everyone in their peaceful community, when the reached Randolph County the boys didn't head back into the settlement. Instead, they hid in the thick brush that covered a nearby mountain.

The Hunter, furious that his prey had escaped, pursued the boys back to the foothills. He vowed that he would not only kill them, but kill every one of the Quakers. When he had tracked the boys to the mountain, he shouted out his vow at the top of his lungs, knowing they would hear.

The boys were faced with an impossible choice. To kill a man went against everything they believed in. But The Hunter was a dangerous man. Too dangerous to live. Though they hated the thought of it, they knew what they had to do.

And so, with The Hunter drawing closer, the boys set a trap. They laid a snare and waited for the Hunter to come by. As they heard him approaching, one of the boys let himself be seen and ran off quickly towards where the other boys were waiting, with furious Hunter in hot pursuit. As he barreled down on them, the trap was sprung, and The Hunter's feet were caught in the snare.

The boys quickly descended and overpowered him. Using the very rope that he had bound them with, they hanged him from a high tree. And they vowed never to speak of what they had done.

But some time after that, and after the war had ended, the terrifying ghostly figure of The Hunter began to be seen on that mountain. His huge hulking form appeared in the woods, with an unearthly fire burning in his empty eyes.

And it was for this ghostly figure, a dead man neither in Heaven nor in Hell, that Purgatory Mountain was named.

If the ghost of The Hunter does still haunt Purgatory Mountain, these days he definitely has some more exotic game to hunt, including giraffes, elephants, and some adorable penguins. In 1971, The North Carolina Zoo was built on Purgatory Mountain. 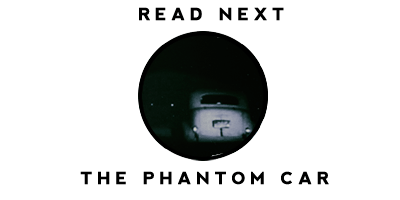