The Ghost of Poole Woods

In the 19th century William Poole owned vast tracts of wooded land South of Raleigh. Poole was a wealthy man, a mill owner, and above anything he loved trees and horses. Particularly he loved white horses. It was noted by all who knew him that he always rode a fine white horse.

Poole also loved the woods. Despite their value as timber, Poole let his woods grow wild and untouched. He loved to ride through the acres and acres of woodlands that covered his property, and in his will he specified that not a single one of his trees should ever be cut down.

During the Civil War, when Union troops marched into Raleigh, rumor spread that William Poole had gold hidden on his estate. A small band of Union Troops heard the story, and hungry for plunder split off from their company to find Poole.

The soldiers cornered Poole in his home, but Poole denied the existence of any gold. The Union Soldiers didn't like the answer, and threatened to burn down his mill unless he handed over the treasure. Again, Poole denied there was a hoard of gold.

The soldiers still didn't believe him. The Union troops burned Poole's mil to the ground, forcing him to watch as his livelihood was destroyed. But Poole still protested there was no gold. 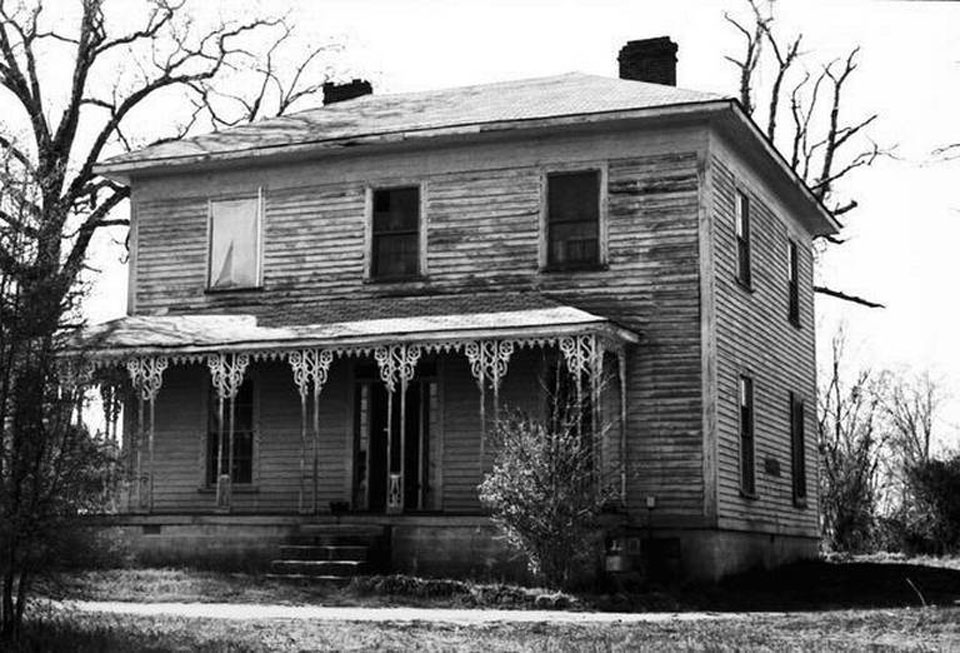 William Poole's House, photographed long after his death. The house was demolished in the early 20th Century. Photo from the NC State Archives.

Poole was telling the truth, their was no gold, but the soldiers carried off something more precious to Poole than his gold. To his great dismay, the soldiers heard a whinnying coming from the nearby woods. Poole had hidden his prized white stallion in the woods to keep it out of the hands of the marauding soldiers.

The soldiers finally decided that Poole was telling the truth about the gold, and that if there was no treasure other than the fine horse, then the horse would have to do. Poole was heartbroken as he saw his precious companion being led away.

But after Poole died, it's said that his horse returned to him in spirit. For years afterwards, a pale white rider on a pale white horse was seen galloping through the woods.

Eventually, greed won out over Poole's wishes and the trees in his precious forrest were cut down for timber. But perhaps Poole had his revenge on the people who destroyed his beloved forest — all of the trees were worthless, having rotted from the inside.

While during his lifetime Poole's refusal to cut town his trees for timer and profit was derided as foolish, it's hard not to sympathize with him now. The tract of land that Poole owned and was once covered by old growth forest is now along Poole road in Southeast Raleigh. It's hard not to think that the deep woods where Poole rode his white horse would have been preferable to the endless chain of strip malls and gas stations that occupies the land now. 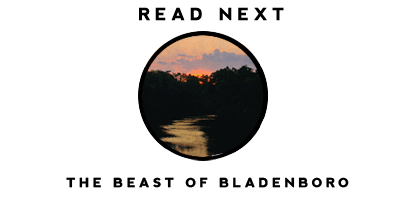