Catsburg Country Store sits on a quiet stretch of the Old Oxford Road in the north end of Durham. The Catsburg General store was, for years, a gathering place for locals to talk and buy everyday goods. The fading sign on the store remains a well-loved local landmark.This abandoned building with its distinctive painted sign was once run by Durham's longest-serving sheriff, Eugene "Cat" Belvin, who served in that role from 1928 - 1958.

Belvin earned his nickname "Cat" for his quick reflexes and quiet footsteps, which allowed him to creep up on the stills of the moonshiners who were still very active in the area during his tenure. Cat Belvin's motives may not have been entirely ones of law and order. Rumors persist to this day that his chief reason for taking up the badge was to have he power to shut down the rivals to his own illegal moonshining business. 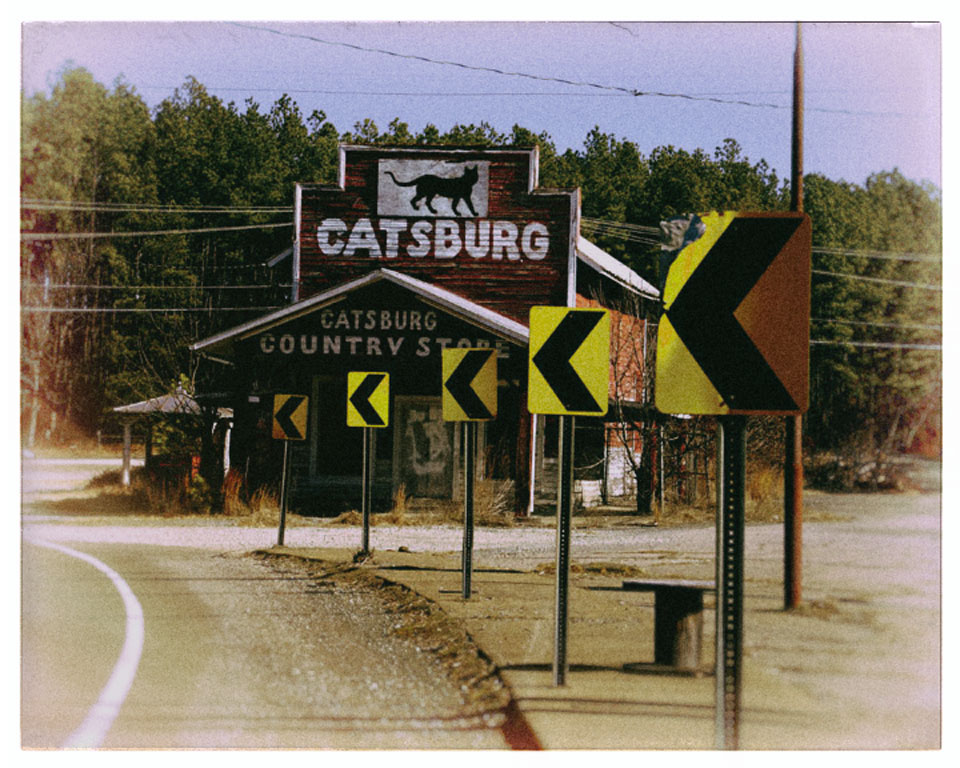 The Catsburg Country Store is still a Durham landmark

Cat Belvin's family owned the Catsburg Country Store until it closed in the 1980s. But it's the railroad tracks that run close to the store that hold the stories of a haunted train still running the tracks.

The story behind the light tells of a man who was killed when walking on the tracks late at night. Ever since then, that accident seems to be replaying itself again and again on those abandoned tracks near the Catsburg store.

It's said that every so often on a moonless night a mysterious light, like that of an oncoming train, will appear in the woods down the rails from the store. The sound of a train whistle and an engine running can be heard when the light appears, but the light itself never seems to move. It just hangs in the air for some time and then fades away into the darkness. Some even say that at times you can see the ghost of that man who lost his life to that train. His, headless, shadowy form can be seen walking up and down the tracks, looking for his lost head.

Whether you see the ghost or not, it's worth a little side trip the next time you're in Durham just to see the fading, hand-painted sign on the Catsburg Country Store building. Since it ceased operating, the building has fallen into sad disrepair, and despite the efforts of locals interested in preserving the building for its historic significance, the Catsburg Country Store soon may be no more. One more ghost to add to North Carolina's long story. 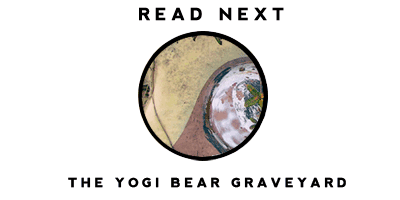 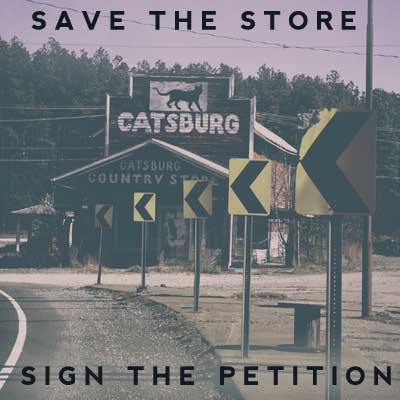 New ownership is threatening to demolish this beloved Durham landmark. Join the effort to save the Catsburg store for the people of Durham by adding your name to the petition.