Strange things happen in the mountains at night. Deep down in the valleys, mysterious noises echo through the darkness. Terrifying howls travel from hill to hill. Something is roaming through the night. Animals disappear from farmyards. The random things left out in the yard at night — buckets, rakes, clothes hanging on a line — are knocked over or even destroyed. The folks who live in the hills hide in their homes. They know what it is. Whenever anything unusual happens in the night, whenever mysterious calls are heard, they say that it's the Wampus Cat.

They say that the Wampus Cat was once a beautiful Cherokee wowan. Her husband would often leave the village with the other men to go out hunting and bring back food. Before each trip, the men would gather in the woods to ask forgiveness for the lives of the animals they were about to take and to seek supernatural help in their task. But women were forbidden from ever seeing these sacred rites.

But this woman's curiosity consumed her. She wanted to know the secret magic. She begged and begged her husband to reveal the rites to her, but he always refused. So one night, as the men set out into the forest, she took matters into her own hands.

The woman wrapped herself in a cougar skin and quietly crept through the woods. She came upon the clearing in the forest where the men had gathered. She hid behind a rock and watched, enthralled, finally seeing the secrets she had so long desired to see. She crept closer and closer to the men in the circle, wanting to take in every detail, until she got too close. The sorcerer leading the rituals spotted her, and immediately saw through her disguise. The men of the tribe grabbed her and dragged her into the circle. 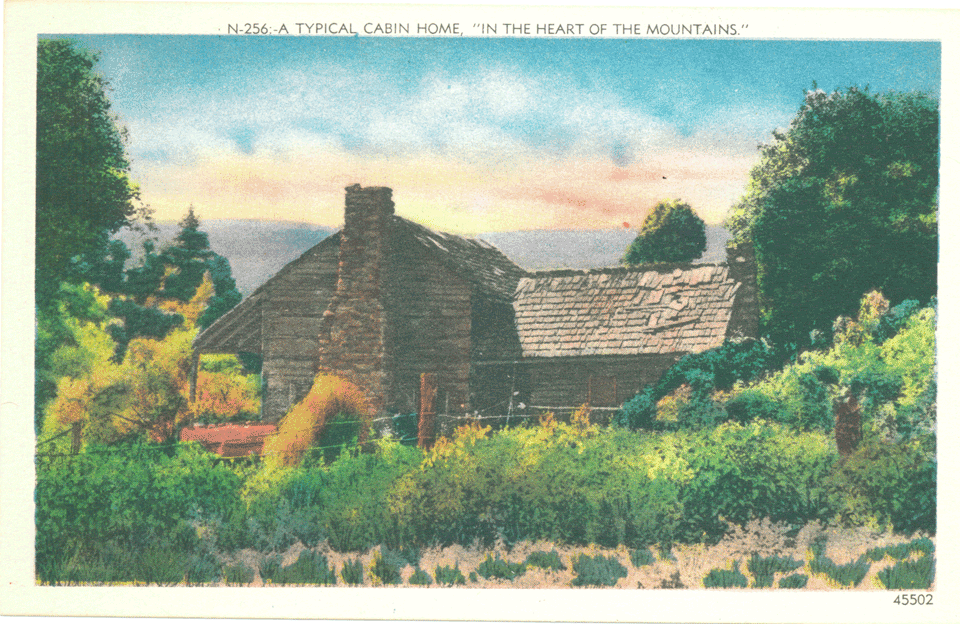 A vintage postcard of a "Typical Cabin Home" in the Appalachians.

As punishment for breaking the taboo, the sorcerer cast a spell on the woman. The cougar skin she had wrapped herself in became her own skin. She became a strange mix of cougar and human, and was cursed to live forever alone in the woods, never again enjoying human company.

And so the Wampus Cat roams the Appalachian Mountains at night, traveling up and down the hills, in and out of the valleys, forever wandering, ever alone in the mountains. There are some who say that when she steals animals or ruins things on the farms, she's acting out of her anger and resentment from being cut off the rest of mankind. There are some who say that she will roam the mountains forever, lurking around the places where men live but never able to rejoin them.

And so whenever those strange cries are heard at night, whenever something gets disturbed in those little settlements in the hills, whenever an animal goes missing from a farmyard, the mounatain people know who is to blame. The Wampus Cat is walking through again.

More About this Story

The Wampus Cat first came to the attention of the world outside the Mountains in the first half of the 19th century. Although at that time, it wasn't the Wampus Cat that people were talking about, but the Catawampus, which was a word used to describe the idea of an unknown animal lurking in the woods ad something to blame any unusual event on.

The word catawampus is a complicated one. It has multiple meanings in several American dialects, including identifying a mysterious animal, describing something that's placed on a corner, and as a term to describe something that's just messed up or gone awry. This last usage was noted by Folklorists in the late 19th century as being a particularly North Carolinian use of the word, although it has since spread more widely across the Southeastern US.

In its sense as a mysterious animal, catawampus may be related to the word catamount, which was the regional name for the Eastern Cougar. As the cougars themselves sadly disappeared from the woods, so did the use of the word. So sometime in the early 20th century the syllables were transposed and the Catawampus became the Wampus Cat. And Wampus alone is still used throughout North Carolina to describe an unknown or mysterious animal. The story of the animal and its origins as a Cherokee woman first started appearing in the 20th Century, long after Wampuses began roaming the woods.

There's another twist to the history of the Wampus Cat in North Carolina, this time a little further down from the mountains in Johnston County, along the Neuse river basin. In the spring of 1964, there were a number of reports of an ape-like creature roaming the woods near Dean's Crossroads, located on US 70 about halfway between Smithfield and Princeton. Multiple people reported seeing an eight foot tall hairy ape-man roaming the woods. The Goldsboro News-Argus called the animal a Wampus Cat, and the name stuck. Hundreds of people flooded the small town searching for the beast until the sheriff was forced to call of the hunt, fearing for public safety, and declaring the whole thing to be a hoax. It's a story which recalls North Carolina's greatest monster flap, the Vampire Beast of Bladenboro. 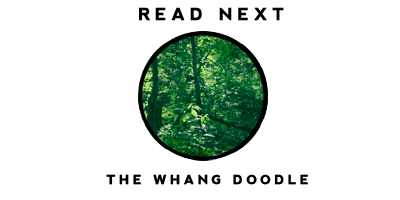