The French Broad River meanders slowly through Asheville on its way to Tennessee, where in the vicinity of Knoxville it joins with the Holston River to form the Tennessee River. The Tennessee flows into the Ohio, which connects to the Mississippi. It's this convergence which gave the river such an important place in the early economy of North Carolina. In the days when rivers were the most important transportation routes across the county, it was the French Broad which connected North Carolina to the West. The French Broad was the early lifeblood of Asheville, and from the settling of the mountains by Europeans until the early 20th century the river was lined with logging camps and sawmills cutting and shipping timber out into the wide world.

But apart from it's economic importance, the French Broad has also been a source of joy for those who lived in Asheville. It's slow path through the city and cool, inviting waters made it the perfect place to take a dip on a hot summer day. It's from this that we get the story of one of North Carolina's most unusual ghosts, the naked ghost of the Craven Street bridge.

The story goes that sometime in the early 20th century, one evening a group of young boys went swimming in the river on a hot summer day. They were out on what was then the western edge of the city, just south of where now I-240 crosses the river. These were the days before bathing suits were something that most everyone owned, and so the boys stripped off and dove into the river as naked as the day they were born. In a few ways, things were a little more relaxed back then.

The boys chose a bad time to go swimming. There had been bad storms upriver a few days before, and the usually calm French Broad was flowing more swiftly than normal. The gentle eddies where the river flowed over the boulders lying in its bed had become dangerous undercurrents. They had also ventured out late in the evening, the sun was already heading down as they first swam into the waters.

The boys were playing and laughing, not noticing that they were floating further and faster down the river than usual. When they noticed that the light was fading and they had drifted down to close to the pilings of the bridge where Craven Street crossed the French Broad, and where the water was flowing in dangerous rapids around the bridge, they realized they needed to head home. And they also realized that one of their party was missing.

The boys began a frantic search for their missing friend. They called out his name, dove underwater, and sent one of their number running for help. As the neighbors came down a frantic search was organized, boats were set out on the water, and lanterns lit up the river.

As the night grew deeper, they sadly realized their chances had run out. They made the choice to call off the search. Boats would be sent out in the daylight to dredge the river. But even that was to no avail. The poor child's body was never found.

But soon after the boy disappeared, some of those traveling across the bridge at the time when night fell began to speak of something strange. They said that they saw a naked boy running across the bridge, but that when they called out to him he kept running as if he couldn't hear. And if they ran to catch up with him, he vanished into thin air.

Naked ghosts are something of a rarity in American Folklore, although the topic of why ghosts wear clothes has been a surprisingly hotly debated one in the history of religion and belief in the supernatural. Those arguing against the possibility of the spirits of the dead returning to earth have presented multiple variations on the premise that if a ghost is the appearance of a soul on Earth, for a ghost to be clothed that means that the clothing must also be possessed with some immortal element capable of returning to earth. To put it simply, they say that if a ghost isn't barefoot it means that shoes have souls. Which is to many people on both sides of the argument a theological absurdity.

The American satirist and short story writer Ambrose Bierce lampooned the idea of clothed spirits in his 1902 essay The Clothing of Ghosts, stating that he would only accept as real a spirit who appeared to him while completely nude. "We draw the line at clothing," Bierce wrote, "The materialized spook appealing to our senses for recognition of his ghostly character must authenticate himself otherwise than by familiar and remembered habiliments. He must be credentialed by nudity —and that regardless of temperature or who may happen to be present."

If the clothed or unclothed spirit of Ambrose Bierce ever returns to this earth, we expect that he will at least have a definite answer to the question for us all. If you don't want to wait around for his spirit to return, the naked ghost of Craven Street bridge is supposedly still seen until this day, when drivers in the early evening hours on the hottest days of summer are surprised to see a naked boy running along side their car who disappears before he finishes crossing the bridge. 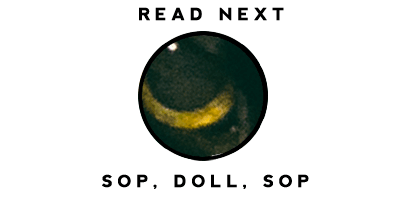