In the mountains of the Southern Appalachians, from North Carolina down through Georgia and Alabama, the remains of ancient stone structures line the ridges. Some of these are additions to natural rock formations, others are entirely man-made. Who built these structures? Are they the remains of an ancient war fought in the Appalachians? Are they all that's left of the Moon-Eyed People?

The Moon-Eyed People are a race of small men who, according to Cherokee legend, once lived in the Southern Appalachians. The Moon-Eyed People were said to being physically very different from the Cherokee, being bearded and having pale, perfectly white skin. They were called Moon-Eyed because they were unable to see in daylight, their sensitive eyes being blinded by the sun. For this reason, they were strictly nocturnal, and lived in underground caverns. 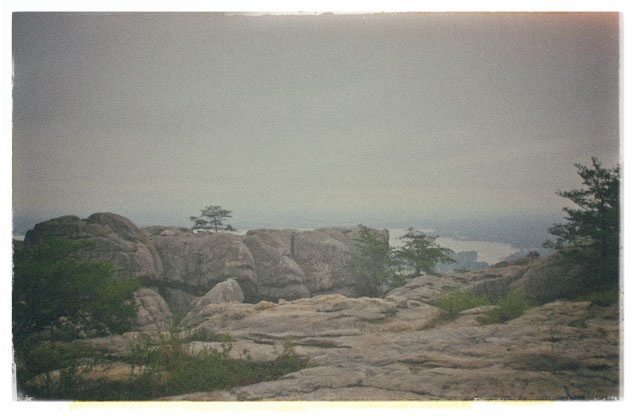 A Cherokee 'Rock Fort' in Northen Alabama. Sites such as this were associated with the Moon-Eyed People.

Perhaps the most famous structure associated with The Moon-Eyed People is just over the North Carolina border in Georgia at Fort Mountain. Now a state park, Fort Mountain gets its name form the 850 foot long stone wall that varies in height from two to six feet and stretches along the top of the ridge. This stone wall is though to have been constructed around 400 - 500 C.E.

According to one Cherokee legend, this wall is a remnant of a war that the Moon-Eyed people fought and lost against the neighboring Creek nation. The Creeks drove the Moon-Eyed People from their homeland during a full moon, which even the pale light of is blinding to these nocturnal people.

Cherokee cosmology is complex and fascinating, and describes a universe where humans share the world with other, non-human, supernatural peoples. In the traditional Cherokee concept of the world, races such as the Nunnehi or the Yunwi Tsudi are a part of the natural world who interact with humans at their own discretion, similar to the traditional idea of fairies in the British Isles. However, what's interesting is that The Moon-Eyed People are never described as being supernatural, but are remembered as another group of humans who were physically very different than the Native Americans.

Acording to the Welsh story, Madoc ab Owain Gwynedd was a Welsh prince who, disenchanted with the civil war wracking his homeland, set sail with his brother Rhirid and a few followers in 1170 across the Atlantic Ocean and landed somewhere around Mobile Bay, Alabama. After some exploring up and down the rivers of southern America, Madoc decided he liked the place well enough and decided to move in. Leaving Rhirid and some of his fellow Welshmen behind, Madoc returned to his native country and recruited enough followers to fill ten ships. He and his colonists set sail back to America and was never heard from in Wales again. Some have speculated that the Moon-Eyed People are the descendants of Madoc's colonists, and that it was these Welshman who fought a war with the Cherokee, and these Welshmen who built the stone forts that dot the ridges of the mountains.

Driven out by the Cherokee, Madoc's descendants found their way South to Florida and Alabama, where they continued to live in, slowly absorbing bits of Native American culture, until they became a strange tribe of pale Indians, living and dressing in Native ways but speaking Welsh.

But there's more to this story than the story. Learn the scary truth about the Moon-Eyed People. 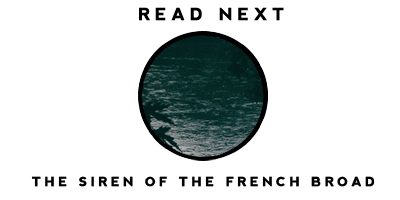