Chimney Rock, a high stone outcropping near Asheville that can be seen for miles, was the site of one of the oddest series of events ever recorded in North Carolina. In the first few years of the Nineteenth Century, residents around the rock reported a number of unusual sightings, including angelic hosts and an ariel battle between armies on winged horses.

The story begins on July 31, 1806, when eight-year-old Elizabeth Reaves, whose family lived in Buncombe County near Chimney Rock, told her older brother that that she had seen a man on top of Chimney Rock. In the days before rock climbing was a hobby, this would have been unheard of. Her brother refused to believe her, but when she persuaded him to go look young Morgan Reaves saw not just one, but thousands of people flying through the air around Chimney Rock.

The people the Reaves children saw were described as being clothed in brilliant white, ranging in size from infant to adult. While they were generally human in shape, the children could make out no distinct features, and there was no clear differentiation in age or gender.

The children called to their mother, Patsy Reaves, who came running. All in all six people saw the apparition. In addition to Elizabeth, Morgan, and Mrs. Patsy Reaves, the youngest Reaves daughter Polly, a neighbor, Mr. Robert Siercy, and an African-American woman who is unnamed in the original reports, all spent the next hour watching a strange spectacle unfold. 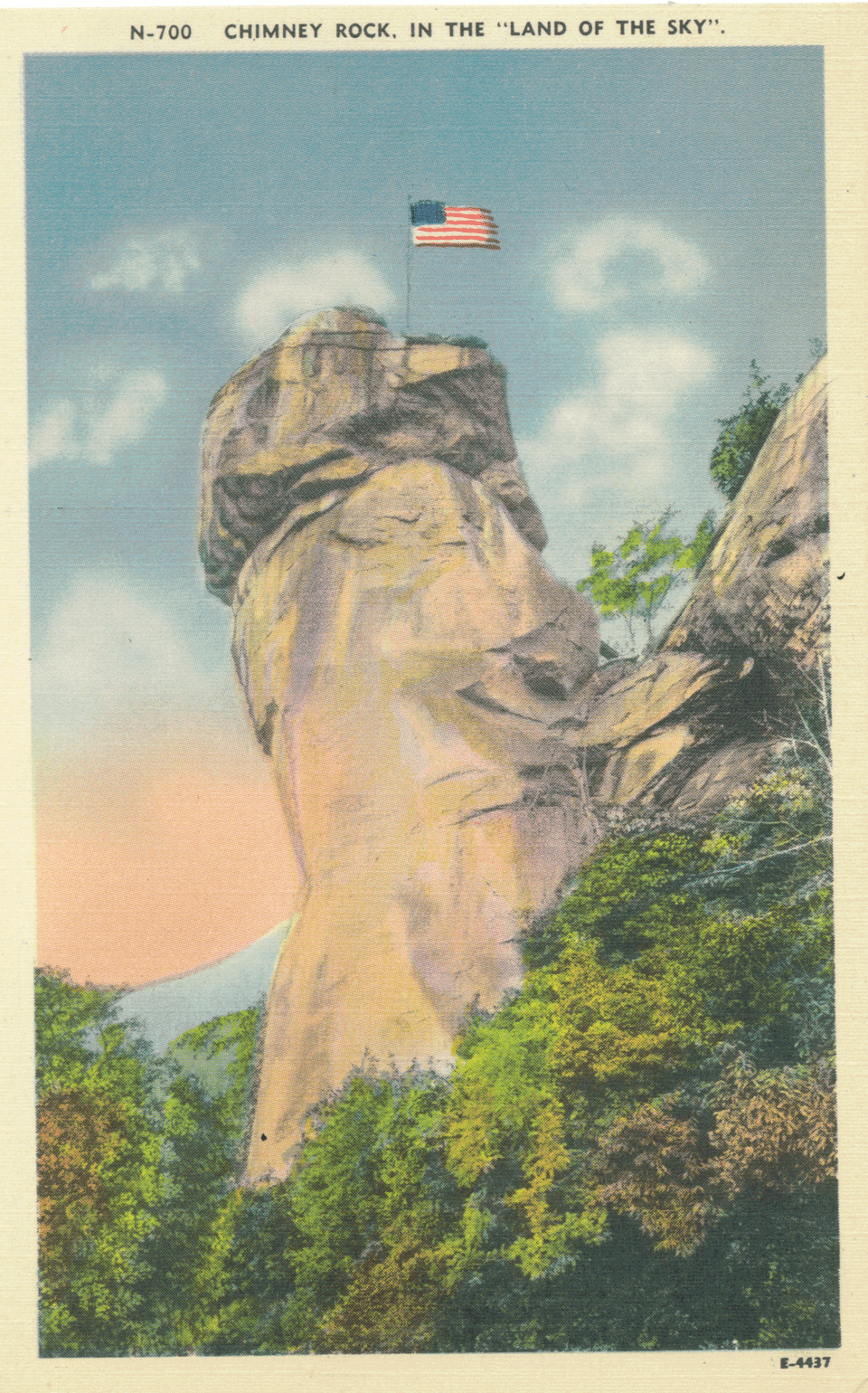 A vintage postcard of Chimney Rock. From the authors' collection.

The crowd of beings rose to the top of Chimney Rock, and when all but a few had gathered there, three members of the crowd rose up above the others, hover there, and then led the congregation of shining beings up through the air to disappear into the heavens.

The account of this strange apparition was printed a few weeks later in the Raleigh Register and Gazette, and then cited again in Edward Augustus Kendall's Travels Through the Northern Parts of the United States in the Years 1807 and 1808.

Several years later in 1811, another, perhaps even more strange, apparition appeared by Chimney Rock, when a pair of armies riding tiny, winged horses met in a fierce battle in the air.

Over the course of several evenings in the summer of that year, multiple witnesses in different locations saw two opposing bands of cavalry riding winged horses circling each other in the sky. On the final evening, the two armies finally engaged each other and clashed in the sky over Chimney Rock. The spectral cavalrymen were armed with swords, and witnesses said they could hear the distend sounds of clashing metal and the groans of the wounded. The battle lasted only about ten minutes, at the end of which the defeated army retreated and the victorious army disappeared into the darkness.

Newspapers across the state carried reports of this strange battle. A public meeting was held in Rutherfordton, and public speculation soon settled on the idea that the battle was a divine vision of highlights from the not-so-far distant Revolutionary War. Why exactly the laws of space and time would be bent so spectacularly to give a handful of spectators an early version of The History Channel wasn't really questioned, but people had more faith in democracy in those days.

Why Chimney Rock was host to such supernatural spectacle in two centuries ago and whether anything like it will be seen again remains a mystery. Today, however, Chimney Rock is a state park, and the certainty of the spectacle of natural beauty awaits visitors. 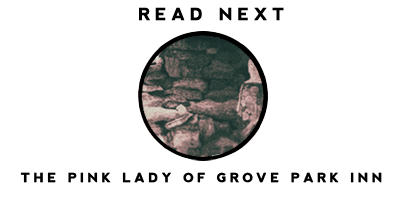