The Story of Boojum and Hootin' Annie

Eagle Nest Mountain stands at the southern edge of the Balsam mountain range and was once home to the luxurious Eagle Nest Hotel, built in 1900 by a Mr. S.C. Satterthwait of Waynesville. Guests at the hotel soon began to hear the story of a strange creature who lived in the area. The thing was not quite a man and not quite an animal — it stood about eight feet tall and every inch of its body was covered with shaggy grey hair, except for its human face. The creature was named Boojum, and he seemed to be harmless enough, but he did have two all-too human habits.

The first of these was the Boojum was greedy and he loved to hoard gems. Rubies and emeralds are found naturally throughout the mountains of North Carolina, and Boojum loved to hunt for these pretty, precious stones and hide them away in his own treasure hoards. Being a thrifty mountain type, he would scoop up the discarded liquor jugs thrown away by tourists and fill these with his gems. He would then bury them in one of the secret caves on the mountain that only he knew the whereabouts of.

Boojum's other bad habit that made him a little more man than animal was that he loved to look at pretty girls. Back in those days, a young woman who wanted to have a bath might head off into the woods to find a secluded pond at the base of a waterfall. There, safe from human eyes, she could strip down to her naturalness and go about getting herself clean. But Boojum seemed to have some kind of sense about what was going on, and a young woman enjoying herself in the water would often hear a rustle in the bushes and look up to see his hairy face peering down at her. 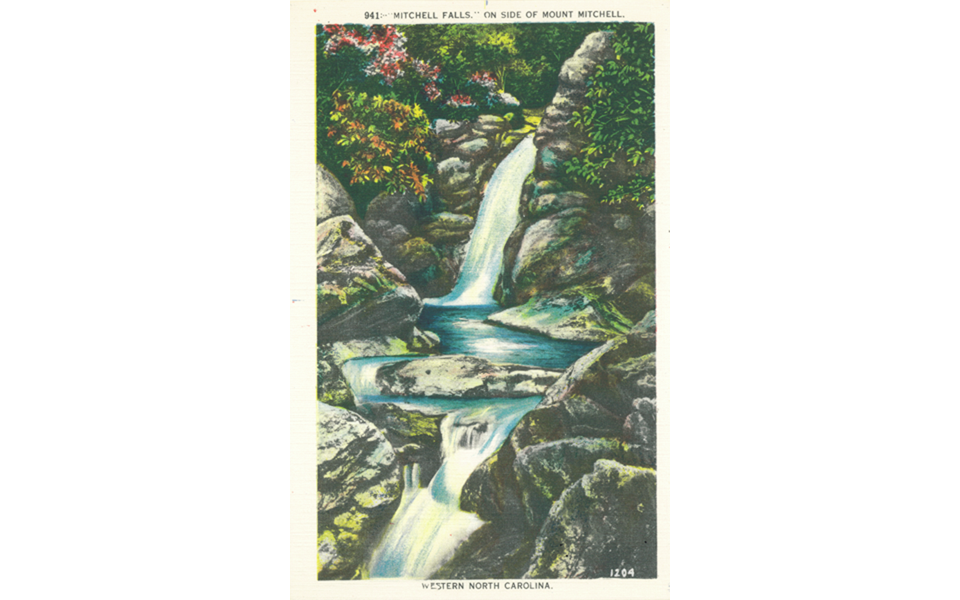 A vintage postcard of a waterfall and swimming hole in the North Carolina Mountains. From the author's collection.

Now, most of these girls would quickly gather up their clothes and run off back home as soon as they saw him. But one young woman named Annie was braver than most, and one day when she was bathing in a stream deep in the balsam groves on Eagle Nest, she looked up and saw Boojum staring down at her. But Annie didn't run, in fact, she looked into Boojum's sorrowful eyes and saw that above all else he was just another lonely soul living on the mountain. Annie fell in love with those sad eyes, and she fell in love with Boojum, and she left her home and her family to go and live with Boojum deep in the mountain woods as his wife.

As much as Boojum loved Annie, and as much as Annie loved Boojum, Boojum still hung on to his love of jewels. On certain nights, he would leave his bride alone and go searching for jewels on the mountain. Annie, growing lonely, would go out in search of Boojum, and she developed a peculiar holler, something that sounded like a cross between a monkey and a hooting owl, that she would use to call out to Boojum. Boojum would use the same cry to call back to her, and eventually the two calls would come closer together until they came together on the hills. 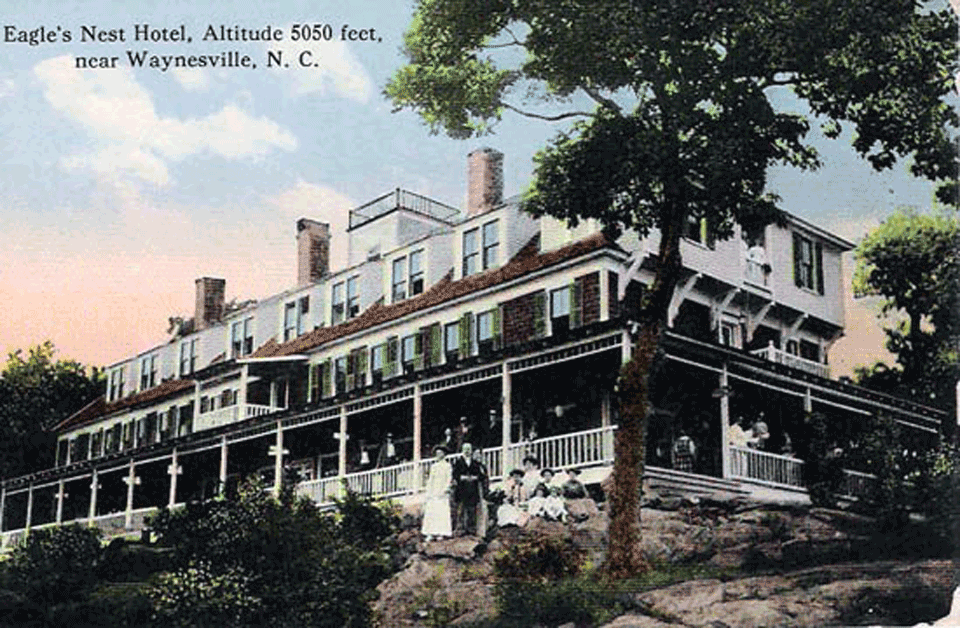 A vintage postcard of the Eagle's Nest Hotel.

Annie and Boojum calling to each other was often heard by guests at the Eagle Nest Hotel. Folklorist John Parris has said that Annie's owl-like holler was the source of the term "Hootenanny," which appeared in the language around the turn of the twentieth century and meant any kind of party or get-together. It was in the 1960s when the term was introduced to the wider public by Pete Seeger and Woodie Guthrie that it came to mean specifically a gathering of folk musicians.

That Annie's approach to encountering a giant shaggy beast was to marry him is testament to the well-known friendliness of North Carolinians. It may be that Annie and Boojum had children. for occasionally, even to this day, a shaggy, ape-like creature is seen in the balsam groves of Haywood County. 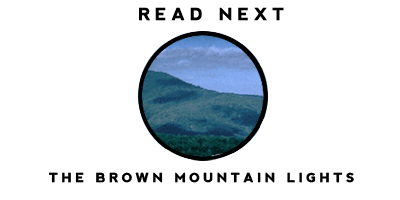