Where Are You My Son?

A long time ago, back deep in the piney woods where the Neuse River empties into the Pamlico sound, there was an old shack where an old woman lived with her son. The old woman was blind, and she depended upon her son for everything. The two of them made their living gathering what they could from the waters. Every day, the son would go out and throw his nets into the briny river water to pull up fish and shrimp and crabs. He would pull clams from the mud. He would gather berries from the woods and snare rabbits in his traps. This way they kept themselves fed and happy.

The old woman hardly ever walked much further than the front door of their shack. She guided herself around with a long old stick which she would tap on the ground. And whenever she needed anything, she would say in her soft, creaky voice "Where are you my son?"

No matter how softly she spoke, or how far away the boy was, he would always seem to hear her and come to her side.

If the old woman needed water drawn from the well, she spoke the words "Where are you my son?" and the boy would be there with a bucket in his hand.

If the old woman needed more logs on the fire, she said in her creaky voice "Where are you my son?" and the boy would be there tending the flames.

If the old woman was lonely and wanted her son's hand, she would only have to say "Where are you my son?" and he would be there holding her hand.

But one day after the boy had left to go down to the riverside, the old woman called out and he did not come. It had been raining hard all week, and the water was high and flowing rough and fast. The wind was high and waves on the river waters were topped with white caps. When the boy walked down by the riverside, the soft banks gave away under his feet. He fell out into the river. He was drawn into the current and swept out into the sound and he was never seen again.

Some men found her body a few weeks later, laying not too far from the river. No one knows if she had gotten lost and couldn't find her way back to her home, or if she had just fallen into despair and died when her son never answered her cries.

The old woman was buried, and the shack where she and her son lived was forgotten and swallowed up by the forest. That the two of them had ever lived there would have been forgotten, except that as the towns around where the old house had stood grew, the people who lived there kept hearing a creaky voice on the wind, calling out "Where are you my son?" And sometimes at night, they would hear a tapping on their floors, and feel a hand shaking the foot of their bed, and a creaky old voice saying "Where are you, my son?"

Not too far from where the old house stood is where the Camp Sea Gull boy's camp was built. And they say that the old woman's ghost may still be drawn to the sound of boys laughing, and that she still may be looking for her lost son. And that sometimes at night, when the cabins are dark, the boys at the camp will hear a tapping sound walking from bed to bed in the dark room, and a feel a hand gently shaking the bed as a creaky old voice whispers "Where are you my son?"

Who knows what will happen if a boy ever answers? 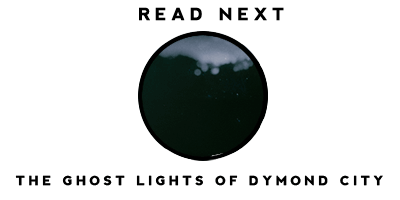