In the 19th century there was a small settlement on the eastern end of Shackleford Banks called Diamond City. The community got its name from the diamond pattern on the nearby Cape Lookout lighthouse. Despite its ambitious naming of itself as a city, at its height Diamond City was home to no more than 300 - 500 people, living in small homes scattered around the island. It was first settled in the early 18th Century, and for the next two hundred years the lifeblood of the community was pulled from the sea, from fishing, and from whaling.

Whales quite literally fueled the economy of 19th Century America. The blubber that these massive animals wear to maintain buoyancy and insulate themselves from the cold deep waters contains massive amounts of oil. Whale oil could be extracted from the blubber and burned for light and fuel, or transformed into practically any product that needed oily fats as an ingredient, such as soap or margarine.

But the price of this fuel was a high one. Many species of whales were hunted nearly to extinction, and even more than a century later their numbers have not fully recovered.

Diamond City was a whaling community. Its harbors sheltered the whaling ships which would come down from New England in the early spring when the whales clustered around the Outer Banks. The people of Diamond city would join them, setting out in their small boats to harpoon the whales and drag them back to shore to be stripped and the oil rendered from their bodies. The harvesting became even more intense with the invention of the exploding cannon-fired harpoon in the 1870s, when whale hunting became much more efficiently lethal and the small crews that set out from Shackelford Banks were brining in more whales than ever before. Diamond City was booming.

But it wasn't to last.

One day, in the late 19th Century, something very large was seen floating in the waters one August morning. A small boat set out to inevstigate and the crew was surprised to see a giant barrel floating in the sea, almost the size of a small house.

Some of the men guessed it might be something used by distillers to cure whiskey. Tempted by this thought, the men hauled the barrel back to shore and drug it high onto the beach, out of the reach of the tides. They were about to take a crowbar to the wood to see what was inside when one of the men called for the others to listen.

Something was moving inside the barrel.

The men quickly pried off the barrelhead, and were shocked by what they saw inside.

It was a woman. A beautiful, young woman, dressed in a pure white dress with long, flowing black hair and eyes that were the color of the sea.

The men helped the woman out from inside and began asking her who was she? Where was she from? Had she been in a shipwreck?

The woman took her time responding. She seemed as if she was dazzled by the brightness of the sun. But, then, she spoke, in a very clear and commanding voice.

"The killing must stop."

Well, even in this unusual situation this seemed like an unusual thing to say. There wasn't much killing that went on in Diamond City, apart from the occasional drunken brawl, but that was perfectly normal when there were this many sailors in one place and so went unnoticed. They asked here again where she was from, and the woman simply said again, "The killing must stop."

Word quickly spread along the shore of this strange visitor. The women came out from the town and gave her food and drink, for which she seemed grateful, but she seemed little inclined to speak. That is, until some of the men, deciding that if the woman was all the barrel contained, they might as well haul it away for firewood. But when they began to lash ropes around it, the woman spoke again.

"Mine," she said. And the men just quietly dropped their ropes and stood back.

And so this stranger set up her home in the barrel on the shore. The Diamond City folks didn't know what to make of her. These were the only two phrases she seemed o know, "The killing must stop" and "Mine." And whenever she pointed to something and said "Mine", whoever was holding what she was pointing to would suddenly feel happy about handing it over to her. Yes, they would think, of course she should have this. How I not have possibly noticed this before? Soon, her barrel home was comfortably furnished with rugs and a bed and a small chair.

After she had been there for several weeks, people began to notice that every morning she could be seen swimming out in the waters. But she was never swimming alone. As soon as she waded into the water, a pod of dolphins would appear seemingly from nowhere and surround her.

And because of this, people were soon calling her Porpoise Sal.

For a while, the town was buzzing with guesses about who she was and where she was from, and how she had come to be trapped inside of that barrel. But eventually, people just came to accept her as Porpoise Sal, the woman who had been washed in by the sea. And so Porpoise Sal was given a place in the community, as something of a harmless curiosity. 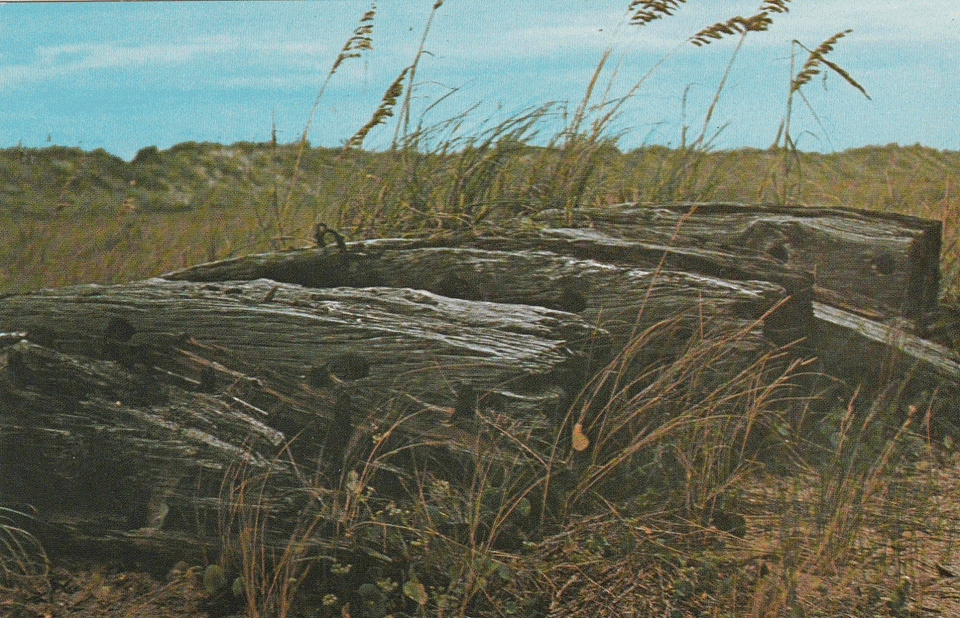 As the spring whaling season approached again, Porpoise Sal seemed to grow more agitated. She would rush from person to person in the town, stopping each one and saying "The killing must stop." And when February rolled around and the ships set out and the first whale was hauled onto the shore to be stripped of its blubber, Sal was there, weeping at the sight.

Soon, people began to wonder — was she taking about the whales?

But the admonitions of the strange woman were no match for the money that whaling brought in.

People began to avoid Porpoise Sal when they saw her on the streets. Almost a whole year passed since her arrival in Diamond City, and Sal seemed to grow sadder and sadder with each passing day.

Then, one the night before the anniversary of her arrival, the skies on the Outer Banks grew dark. The winds grew harsh and strong, and the sea grew angry. The people of the banks knew what was coming. A hurricane was blowing in.

It was on this day that Porpoise Sal spoke her last words to Diamond City. She stopped a fisherman on the street, a man she had stopped many times before, and who was shocked when this time, she said something she had never said before.

"You were warned", Porpoise Sal said, and looked at him with her sea-colored eyes welling up with tears, until she quietly broke away and headed back to her home on the shore.

The hurricane that struck that night was the worst that the Outer Banks had ever seen. The vicious wind blew all night long, the waves flooded over the shore, crashing higher and higher, until the entire island was underwater.

By morning, Diamond City was no more.

As the waters receded, the survivors climbed down from what safety they had found. Every building in the town had been destroyed, all the boats had been washed away, the islanders knew there was no chance of rebuilding.

And then one of them spotted something floating in the sea far out on the horizon. It was Sal's barrel, the same barrel that had floated to shore a year ago to the day. And there was a figure standing on top of the barrel who could barely be made out in the distance. It was Porpoise Sal. Someone shouted they should head out to rescue her, but just then she purposely dove off the barrel and disappeared beneath the waves. And people watched as the barrel sank beneath the waters.

The people of Diamond City Scattered along the coast. The site where the town had once stood was reclaimed by the sands and the forest, and soon there was no trace that people had ever lived there. But the memory of the strange woman who had lived with them for that year before the storm spread with the people of Diamond City. And the memory of the woman from the sea and the warning that had been ignored became one of the legends of the Outer Banks.

Diamond City was destroyed in the hurricane of 1899. By 1902, the last resident had left the town, and Diamond City is remembered as the only community in North America that was never rebuilt after a hurricane. Today, the land is protected as part of the Cape Lookout National Seashore and is accessible only by boat or ferry, and is one of the few remaining undeveloped spots on the Outer Banks. 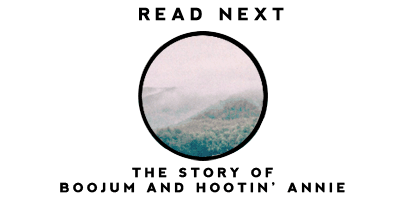