For over a century, mysterious lights were seen bobbing up and down along the railroad tracks near Maco Station, a few miles west of Wilmington. When anyone approached the lights, they would disappear. The lights were observed many times over many years, and even photographed on occasion. It's even said that President Grover Cleveland saw the lights while on a whistle stop tour in 1889. The source of these lights has never been determined, but according to legend the light is the ghost of a railroad worker who died on the tracks one night in 1867.

On that tragic night in 1867, a train was rolling along the tracks and the signalman, Joe Baldwin, was sleeping in the caboose. Joe's slumber was broken by a violent jerk. A veteran railroad worker, Joe Baldwin recognized the motion and immediately knew that the caboose had become detached from the rest of the train.

Joe Baldwin's heart started racing. He knew that his one car was now stuck on the tracks, and that the main part of the train was rapidly moving away from him and he had no way of contacting it. Joe also knew that his wasn't the only train scheduled for those tracks that night. A passenger train was due along soon, and if the oncoming train struck the stalled caboose there would be a horrible accident.

Joe Baldwin had a choice to make. He knew that he had to signal the oncoming train to stop. He knew that the only way to do this and be sure the engineer in the approaching train would see the signal was to stand on the platform at the back of the caboose. 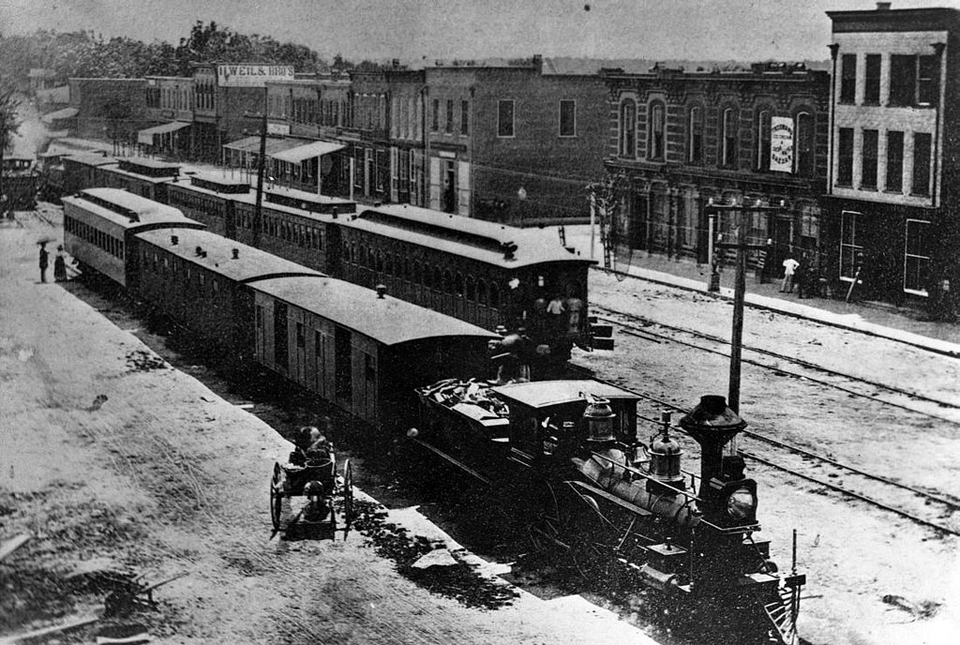 A steam train at the station in Goldsboro around 1870. Image from the State Archives of North Carolina.

Joe Baldwin knew that if the oncoming train hit the stalled caboose at full speed, everyone on board the passenger train could die. He also knew that it takes a long time to stop a speeding train. Even if the engineer saw the light and stopped, there wouldn't be time enough to slow down and prevent a complete disaster. The chances were good that the caboose was still about to be hit. And if he was on that caboose when that happened, Baldwin knew he didn't stand much of a chance of walking away from that crash. He could either save his own life, or try desperately to save the lives of those passengers.

Baldwin made the heroic choice. Grabbing his lantern, Joe Baldwin stood on the back of the caboose as the sound of an oncoming passenger train rumbled closer. Joe frantically waved his warning light, trying to catch the attention of the engineer.

Joe's plan worked. The engineer of the oncoming train saw the light and pulled hard on his brakes. But the momentum of the tons of speeding steel kept the train moving, and the locomotive slammed into Joe's caboose. Joe's bravery saved many lives. But not his own. Joe Baldwin was decapitated in the crash.

Joe's head was thrown by the force of the accident into the murky swamps that surrounded the tracks. It was never found. His headless body was buried with hero's honors a week later.

For years after that accident, lights were seen moving up and down the track around Maco. Sometimes only one light, sometimes two. People said that it was the ghost of Joe Baldwin, still searching for his missing head.

The Maco light was seen for over 100 years, but has not been seen since 1977. This was the year that the railroad tracks at Maco station were pulled up. Many explanations have been offered for the mysterious slights, including one intriguing geological possibility. Maco stands on top of a geological fault line. Some have speculated that the source of the lights was static electricity produced by the pressures of this fault building up along the tracks, and discharging as light when the tracks reached their capacity. This would explain why the lights haven't been seen since the tracks were pulled up. 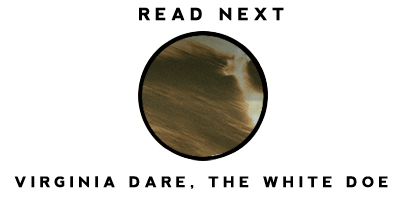