The Legend of the Oregon Inlet

Along the Outer Banks, The Oregon Inlet separates Bodie Island from Pea Island and joins the Pamlico Sound to the Atlantic. It's a major shipping channel and an important route for fishing vessels. The Bonner Bridge stretches across it, carrying tourists up and down the Outer Banks. It's hard to imagine the North Carolina coast without this seemingly permanent feature. But the Oregon Inlet didn't exist until 1846, when on a single night a hurricane carved a channel and saved a ship.

According to the Legend, in September of 1846 a trading ship named the Oregon was making the return voyage to Edenton from Bermuda. The journey had been smooth until the last days, when the winds kicked up and the skies turned dark grey. It was soon obvious to the seasoned sailors on board that a hurricane was coming, and that their ship was in danger.

The ship put on steam, struggling to reach the safety of port before the storm struck. But it was too late. The hurricane caught up with the Oregon, and the small ship was tossed by the increasingly violent waves.

The crew of the Oregon fought valiantly into the night to keep their ship afloat, but as the darkness grew deeper around them, the winds grew stronger and the waves grew higher. The crew silently began to give up hope.

Suddenly, a tremendous surge came in from the sea. The boat was lifted high into the air, and the crew felt the deck tilting beneath them. They feared all was lost, but suddenly the rocking stopped. Though still pounded by the wind, the ship was no longer being moved by the waves.

The crew were astounded. The realized that the enormous wave had picked up the Oregon and deposited her on a sand bar. Amazed at their luck, the crew thankfully rode out the night sitting safely above the tumultuous sea.

The next morning,the crew discovered that the hurricane had done more than just save their ship. Beside the sandbar where the Oregon now sat was a wide channel. Consulting their charts, they were able to determine their location and realized that this inlet wasn't on any of their maps. The huge wave that had raised up the Oregon to safety had, at the same time, forced open this new passage in the Outer Banks. The Oregon had been the first ship to travel through it, only seconds after the inlet had come into being.

When the Oregon arrived back at port in Edenton, they let the town know of the new passage. Soon, the channel became one of the most important passages through the Outer Banks, and in honor of the first ship and first crew to pass through, it was named the Oregon Inlet. 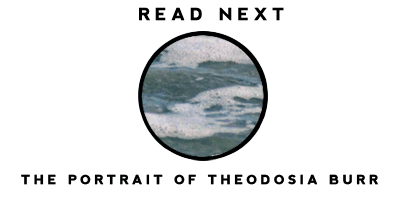