The Grey Man of Hatteras

Hurricanes are a fact of life on the Carolina Coast. Every few years, one of these tremendous storms is going to blow in from the Atlantic and flood the coast, doing tremendous damage. These storms always move on, but while the hurricane is blowing it's certain that homes will be lost, and terribly likely that people will die.

No point in the state is more vulnerable to hurricanes than Cape Hatteras. Hatteras Island sits right on the edge of the Gulf Stream, the massive current of warm water that circles through the Atlantic. This current is powerful enough to have shaped the island itself into the distinctive point that Cape Hatteras sits at the edge of. The Gulf Stream is also a path that hurricanes coming in from the Atlantic often follow, drawing their energy from the warm waters flowing beneath them. With the Gulf Stream pointed right at Cape Hatteras, there's a good chance that any hurricane blowing in will hit the island.

But there's something on Hatteras that lets the islanders know when a storm is coming. 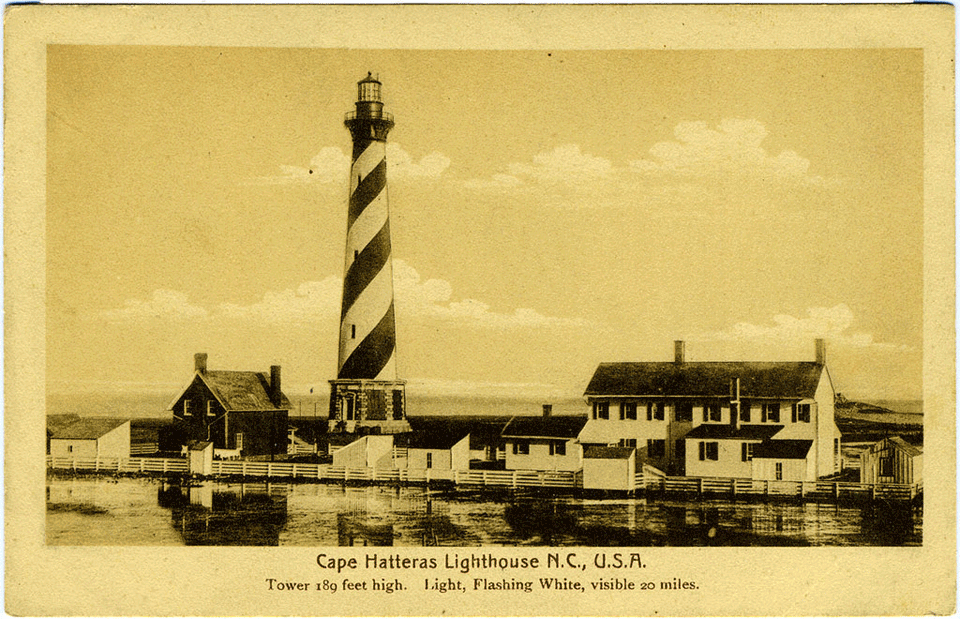 The Cape Hatteras Lighthouse as at appeared in the late 19th Century.

The Grey Man of Hatteras is an indistinct, shadowy figure who walks the beaches of Cape Hatteras as a hurricane is approaching. He appears as the first winds of the storm touch the island whenever a hurricane is a threat to the island and it's inhabitants.

He never speaks, or at least no one has ever heard him speak. No one has ever gotten close enough. If anyone approaches the Grey Man, his form slowly fades into the salty air, completely vanishing before the curious onlooker can reach where he was standing.

But his presence alone is enough to warn the islanders. If he's seen on a beach, it's a sure way to know that the oncoming storm will be a bad one. He's a warning that nature is still something to be taken seriously.

Who is the Grey Man? Some people say that he's the ghost of a sailor from the island who died at sea in a hurricane. They say that he comes back to warn his fellow islanders of the danger, because his soul was so terrorized by his windy, watery end that he can't bear to go on from this world while he can still prevent others from sharing his fate.

Some others will tell you that he never was a man, that he's just a force of nature. That he's not so much a ghost as a spirit, an expression of the force pushing the wind and waves towards the vulnerable island.

Even in today's world, where we can watch the storms form from space and fly airplanes into the storm to measure the winds, we still give each hurricane a name when it's born. We may name them because some part of still thinks that anything so powerful and so willful must be alive. Maybe the Grey Man is just the hurricane itself talking to us, the voice of that living force born out of the deep ocean.

Whoever he was, whatever he is, the Grey Man of Hatteras still walks the beaches under the shadow of the tallest lighthouse whenever a hurricane is heading towards the island. Even as Cape Hatteras has gone from being a lonely little island to a crowded tourist beach, the Grey Man still warns us of the coming storm.

So if you're ever on Hatteras and you turn in the TV and they're talking about a storm, stroll down to the cloud-covered beach and look out towards the waves as the first few drops of rain begin to fall. Look for a shadowy figure, prowling the beach where the high waves hit the sand.

And if you see him, pack up and get off the island as quick as you can. This storm is going to be a big one. 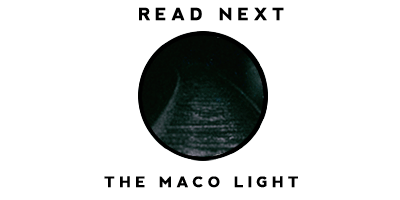