The Ghost of Nell Cropsey

On the night of November 20, 1901, a young woman named Ella M. Cropsey, called "Nell" by her family and friends, disappeared from her home in Elizabeth City. Thirty-seven days later, her body was found floating in the Pasquotank River. Despite a man having been convicted of her murder, many questions about her death remain unanswered. And some say that her uneasy spirit still haunts her home in Elizabeth City.

The Cropsey family had moved to Elizabeth City in 1898 from Brooklyn, New York. Young Nell Cropsey was a beautiful woman from a wealthy family, and in her new home she was soon attracting the attention of suitors.

Nell began being courted by a local man named Jim Wilcox. At the time of her disappearance, Wilcox and Cropsey had been courting for nearly three years, and it's said that Nell was growing impatient with Jim Wilcox's hesitancy to propose marriage. Nell Cropsey began flirting with other men in public in an attempt to spurn Wilcox into proposing.

But her plan seems to have gone awry. On the evening of November 20, 1901, Cropsey and Wilcox had an argument. The fight was loud, and everyone in the household could hear that the two lovers were yelling at one another, even if what they were saying couldn't be understood. Some of Nell's family who were in the house at the time did say that she and Wilcox had tentatively made up by the end of the evening, but no one ever learned where the lovers stood at the end of that night. When Nell Cropsey steeped outside the door with Wilcox around Eleven that night, it was the last time she was ever seen alive.

Ollie Cropsey, Nell's sister, heard something bang against the back of the house shortly after Jim Wilcox left. Going out to investigate, she found that the screen door had been broken. She saw no sign of who or what had broken the door. Ollie Cropsey went upstairs to see if Nell was already in bed, but found her sister's room empty. Uneasy about her sister's absence, she nevertheless returned to her own room and attempted to sleep.

Shortly thereafter, a neighbor woke the entire house. The neighbor was yelling that someone was trying to steal the Cropsey's pig.The entire family rushed downstairs, where they found the front door hanging wide open. And the entire family realized that Nell was not there. Jim Wilcox's umbrella, a gift from Nell, was standing inside the door. No one had noticed it there earlier that night.

When morning came and Nell Cropsey was still missing, the hunt began in earnest. The police were summoned and the entire town was searched high and low. But no trace of Nell was found.

Suspicion for Nell's disappearance immediately fell on Jim Wilcox, who maintained that he had no idea what had happened to her. This wasn't good enough for the police. Wilcox was arrested on suspicion of kidnapping and held in the local jail.

With Wilcox sitting in jail and Nell still missing,the family remained in limbo. This ended on the night of December 27th, more than a month after Nell's disappearance. 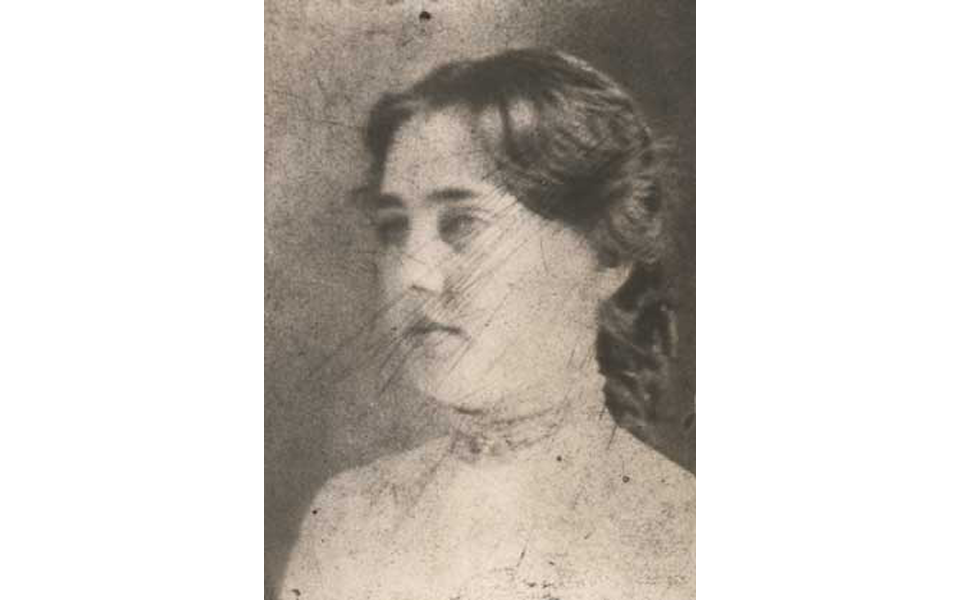 Mrs. Cropsey spotted something floating in the Pasquotank River near the family home. Sending some boatmen out to investigate, she crushingly realized that her long vigil was over. What she had seen floating in the river was her daughter's body.

In one of the most astounding occurrences in the case, a few days before Nell's body was discovered the family had received a letter with a New York postmark containing what claimed to be a detailed account of the events of the night of Nell's disappearance. The letter stated that Nell Cropsey had interrupted a vagrant attempting to steal the family pig. Upon being discovered, the man grabbed a heavy stick and knocked Nell unconscious. The unknown man carried Nell down to the river and stole a convenient boat. He rowed out into the river and dumped Nell Cropsey in the Pasquotank. The letter included a map which marked the spot where the body could be found. The spot marked on the map was very close to where Nell Cropsey's body was eventually discovered. Who sent this letter and if the events it recounts were what truly happened that night remain unknown to this day.

With the discovery of Cropsey's body, the town went mad. A lynch mob descended on the jail, demanding Wilcox be released into their hands. Nell's parents refused to join the mob, and pleaded with the crowd to let justice be served in the courts. Eventually, Governor Aycock sent in a small naval reserve group to disperse the crowd.

The Pasqutank River where it flows by Elizabeth City.

Wilcox was tried twice for Cropsey's murder. At the first trial he was found guilty, but this conviction was overturned when the NC Supreme Court declared a mistrial. A second trial convicted Wilcox on a charge of second degree murder and sentenced him to thirty years in prison. At neither trial did Wilcox take the stand in his own defense.

Wilcox was pardoned by Governor Thomas Bickett in 1920. To the end of his life, Wilcox maintained his innocence.

Shortly before his death in 1932, Wilcox spoke with W.O. Saunders, the editor of the Elizabeth City newspaper, and revealed everything he knew about the murder. Saunders walked away from the interview convinced Wilcox was innocent, and planned to publish the full details. Two weeks after that interview, Jim Wilcox committed suicide. Saunders died shortly thereafter in a car accident. Whatever Wilcox had told Saunders would now never be heard.

For the past century, those who have lived in the Cropsey home have reported strange happenings. Lights have gone on and off by themselves, doors open and shut of their own accord, and strange gusts of cold air move through the house.

The pale figure of a young woman has also been seen moving through the house. Many people passing by on the street outside have reported seeing the ghostly figure of a girl looking out of an upstairs window. Residents even say that the figure of Nell Cropsey has appeared in their bedrooms at night.

Is the unfortunate victim of one of North Carolina's most famous and sensational murder cases still wandering through her home in Elizabeth city? Will the true facts around Nell Cropsey's murder ever be known? This enduring mystery has become part of the living history of Elizabeth City, and no visit to this quiet coastal town is complete without a walk by the Cropsey home.

The Cropsey Home is located at 1901 Riverside Drive in Eliazbeth City. This home is a private residence, but is occasionally open to the public on special occasions, including the annual Elizabeth City ghost walk. 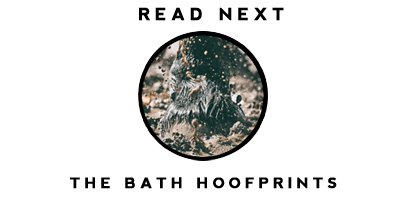