The Ghost Lights of Dymond City

Dymond City is no more. This once-thriving but briefly-lived North Carolina community stood near Jamesville from 1868 until it faded away in the 1930s.

The town's beginning was the formation of the Jamesville and Washington Railroad and Lumber Company. The company began buying substantial tracts of land in Martin County in 1868 with the goals of extracting the large stands of virgin timber in the area, and of building a railroad to make it easier to ship the timber out and move passengers around Eastern North Carolina.

The railroad was completed around 1877 and was soon carrying travelers between Jamesville and Washington and named the J&W line. Because of the notoriously rough condition of the tracks, the J&W in the J&W line quickly came to be said to stand for "Jolt and Wiggle."

Dymond City was the town that sprung up with the railroad. Dymond City was very much a company town. The houses were owned by company, the workers paid their rent to the company, and did all of their shopping at the company store. By 1885, the town had a hotel, a school, and houses for the workers and families. Why it was named Dymond City isn't known, but local legend has it that the city was named after the Eastern Diamondback Rattlesnakes that were then still common in the woods. Given that there have been well-documented cases of rattlesnakes caught in the area that exceeded seven feet in length, it's certainly a memorable enough thing to name a town after. The spelling of Dymond instead of Diamond may simply have been because there was already another Diamond City in North Carolina, this one along the Shackleford Banks, which has also faded away. Perhaps it's just an ill-fated name.

The town thrived for nearly a quarter of a century, but by the 1920s the shine had worn off of the diamond. Most of the old-growth timber had been extracted, and other, less bumpy, railroad lines had been built through the area, drawing away passengers. The town's population slowly began moving away, to the extent that by the 1920s the town's post office had been closed. The final blow came in April 1927, when a fire swept through the town, destroying the hotel, the school, and the remaining homes.

Dymond City came to an end. The Jamesville and Washington Railroad and Lumber company ceased operations, selling off the the land. the railroad tracks were torn up, and the company town was slowly reclaimed by the forest.

But some say that more remains of the town than just its memory.

As the town disappeared and the woods around it once agin grew thick, travelers along the old road that led past the city began to report seeing strange things happening in the woods. They said that on certain nights mysterious lights could be seen dancing and rolling through the forest.

There were those who said the lights resembled the light of a lantern bobbing up and down along the path of the old railroad. Others said they had seen something like a fireball rolling along the tops of the trees in the area. The lights all seemed to move with intent and purpose, and often seemed to be beckoning people to follow them.

Some said that the lights were the ghost of one of the old railroad men, perhaps a watchman or signalman who still clung to his duty, even though the company he had worked for was long gone. Others say that it was the memory of the town itself, the spirit of the place surprised that its life had been cut short, and that it was pleading for people to come back and settle the land again. Whatever the cause, people soon agree that something mysterious was happening in the woods which had once been a town.

The ghost lights of Dymond City are still seen to this day. The lights are said to be anywhere from blue to orange in color, and will often appear floating ten to fifteen feet off the ground. They're most often seen on clear nights.

How To Get There

Dymond City road can be found off on NC 171 about ten miles south of Jamesville. The road runs for about eight miles to the east before coming to a dead end. It's said that the lights are most frequently seen along the last mile or so of the road before it ends, where the woods are thickest. 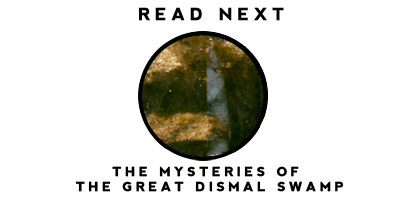