Averasboro lies just north of Fayetteville, on the eastern bank of the Cape Fear River, on the edge of the North Carolina coastal plain. While there's not much there now, at the beginning of the 19th Century when the Cape Fear was one of the major transportation routes through North Carolina. Averasboro was once a thriving hub, and home to a substantial lumber industry, profiting from the timber cut from the swamplands around the river.

And as the lumber crews that worked in the area discovered, the mosquitos in the woods around Averasboro are particularly large and particularly vicious. But there's one kind of mosquito that puts all the rest to shame. The Gallinipper.

The Gallinipper is a mosquito as big as a hawk. The sting it carries on its head could slice all the way through a man's arm. A bite from the Gallinipper could mean death. The mosquito could drain all the blood from a man in a single gulp.

The lumber crews that worked the swamp were drawn from all over North Carolina. In the middle of the nineteenth century, two work crews, one from Chatham County and the other from Averasboro, found themselves side by side cutting trees and hauling the logs out of the swamp. something of a rivalry grew between these two labor gangs, a rivalry that was helped along in no small part by the leader of the Chatham County gang, a man named Red Saunders.

Saunders was a braggart. He was continually showing off and boasting about he was the strongest, toughest man not only in that swamp but most likely in all of North Carolina, maybe even the whole world. 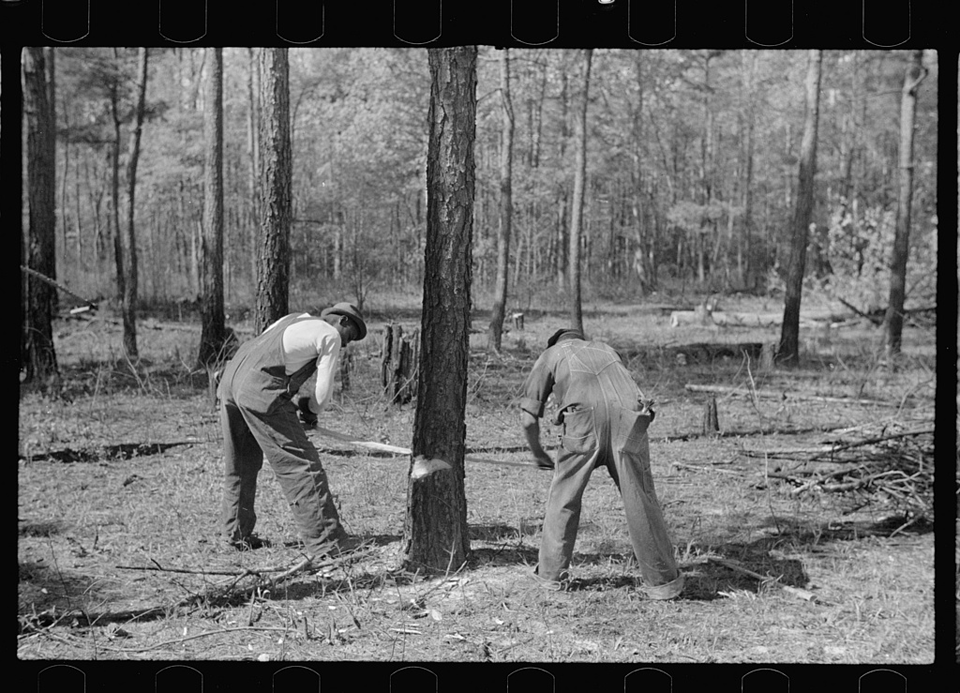 A 1938 Photograph by John Vachon showing North Carolina lumbermen at work. Image from the Library of Congress.

They approached Red and admitted that, sure, he was tough. But they bet that there was one thing in that swamp even tougher than him — the mosquitos. They bet that Saunders wasn't brave enough to strip off his shirt, lie on the ground, and let the mosquitos go to work on him for a full hour.

Red Saunders said he could take anything. The men found a corner of the island where thick clouds of mosquitos were hovering above the still water. The workmen built a small, smoldering fire to give off smoke that would give them some shelter. And Red stripped off his shirt and lay face down in the mud, letting the mosquitoes go to work on his back.

And work they did. Red's back was soon covered with the insects, digging in, drawing blood, and leaving itchy welts behind. But Red didn't flinch. He just lay there, letting the mosquitos feed on him, and only occasionally looking up to say "I sure hope those mosquitos over there ain't getting to be too much for y'all" to the men sheltering in the smoke.

This went on and on. But when about three-quarters of that hour had passed, something happened. Red felt something bite into his back sharper and more powerful than he had ever imagined. A searing, sharp pain, bit into his flesh, and he heard one of the men by the fire yell out "Gallinipper!"

That was enough for Red. He howled, got up, and dove right into the water and stayed under until he was good and sure that Gallinipper was gone.

When Red finally crawled out, wet, muddy, and itchy, the men all told him how lucky he was to have survived, and that a Gallinipper the size of an eagle had landed on his back.

What Red didn't know was that what had really landed on his back was a red-hot coal from the fire that the men had thrown there. And that everyone else was laughing at him behind his mosquito-bite covered back.

Well, Red was quiet for a week after that. He didn't brag too much and he scratched a lot.

But pretty soon he began to tell everyone about how he was the only man tough enough to survive an attack from a Gallinipper.

More About This Story

The legend of the Gallinipper was kept alive in a tavern in Averasboro, which for years had hanging from its ceiling a bird skeleton with a long, pointed piece of carved bone in place of a beak, and a sign reading "Averasboro Gallinipper."

The Gallinipper lives on, and not just in legend. A species of exceptionally large and aggressive mosquito that's native to the southeastern United States, Psorophora Ciliata has the common name of the American Gallinipper. 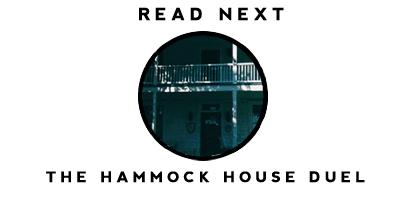