On Ocracoke Island is a small channel of water known as Teach's Hole. This inlet is reported to be the spot where the pirate Edward Teach, better known as Blackbeard, preferred to anchor his ship. It's also said to be where he met his end, and some say his ghost haunts the spot to this day.

Blackbeard roamed the Atlantic from around 1716 until 1718, robbing ships from the West Indies to the Carolinas. He had a reputation for unbridled ferocity. When Blackbeard went into battle, he strapped multiple pistols and multiple cutlasses to his body. Most frightening of all, he wove fuses into his long, black beard and set them on fire just before he stepped on to the captured ship. This towering figure, armed to the teeth, sporting a sparking, flaming beard must have been absolutely terrifying. Ships' captains would surrender without a shot being fired.

Blackbeard's reign on the high seas came to an end on November 22, 1718. Virginia Governor Alexander Spotswood sent a ship commanded by John Maynard down to the North Carolina coast to track down and kill Blackbeard. Maynard surprised Blackbeard and a skeleton crew anchored at Teach's Hole. In the ferocious battle that followed, Blackbeard was shot five times and stabbed no less than twenty. The pirate crew was all killed or captured.

Ever since then, it's been said that Blackbeard's ghost haunts the spot known as Teach's Hole. Many people have reported seeing a strange light moving beneath the water in the cove. This ghostly light is thought by some to be Blackbeard's spirit, swimming through the waters, searching for his missing head. 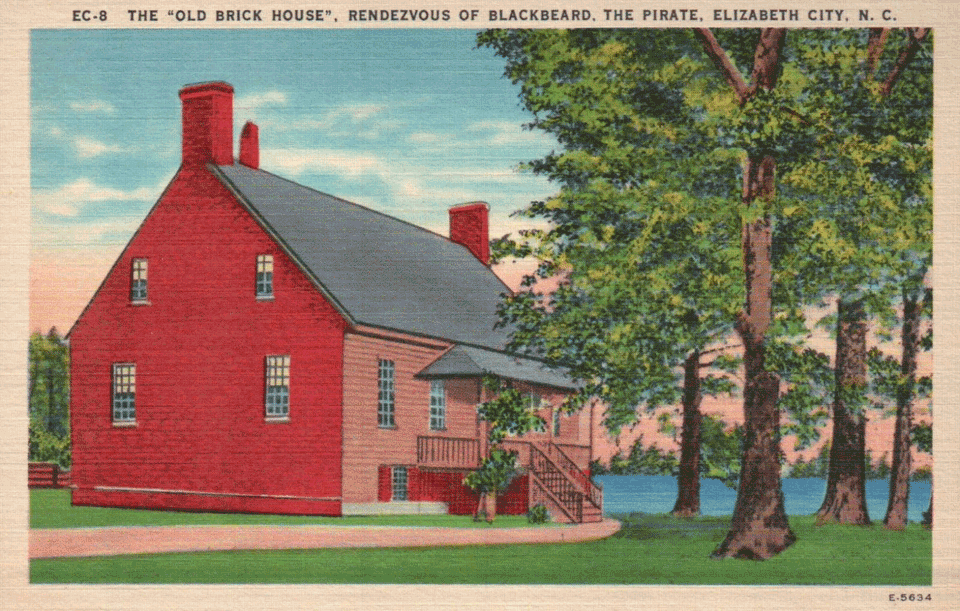 A vintage postcard of The Old Brick House in Elizabeth city. One of the oldest surviving brick residences in North Carolina. Legend has it that the house was built by Edward Teach, although records suggest it wasn't constructed until several decades after his death. From the author's collection.

There are those who believe that on stormy nights you can hear Blackbeard's voice calling out in the wind. On nights when the angry wind is roaring and the hard rain coming down, many people have heard a horrible roaring coming from this hidden cove. They say that it's a unearthly noise that sounds like a pained human voice bellowing "Where's my head?"

While his reign as terror of the seas was short, Blackbeard's legacy lives on in the legends of North Carolina. We're also learning even more about this frightening pirate every day, ever since the discovery of the wreck of The Queen Anne's Revenge. Archaeologists and historians have been working on recovering and restoring artifacts from this sunken ship captained by the notorious pirate, and we're discovering fascinating details of what life was like on an 18th Century pirate ship.

While Blackbeard's viciousness has gone down in history, these stories may be a fact of history being written by the winners. Except for the final battle, there's no record of Blackbeard ever having killed anyone. The show with the massive arsenal and flaming beard may have been deliberately designed to avoid a fight. Blackbeard seems to have understood that having a reputation for being a bloodthirsty murdered could save you the trouble of actually being a bloodthirsty murderer.

And while pirates are considered that bad guys of history, it's hard not to sympathize with the pirates over the British Navy. Pirate crews were better treated and better paid that Navy crews. Furthermore, pirate crews were on their ships by choice, as opposed to the Navy crews, many of whose members would have been pressed into service.

Pirate ships were also essentially democratic institutions. The pirate captain would be elected by the crew, and generally selected on the basis of competence and fairness as a leader. The captain's decisions on where and when to sail would be put to a vote, and his authority became absolute only during battle. This was a stark contrast to the British Navy at the time, where the captaincy of a ship was based more on being born to the right family than on any ability to competently lead a crew.

It's also important to remember what the pirates were stealing and from whom. A large portion of the vessels passing through the Atlantic at this time were holding enslaved human beings as cargo. When intercepting a slave ship, pirate crews would routinely free those otherwise destined for a life of unimaginable misery. These men would be offered the opportunity to join the ship's crew. With chances of their being able to return home being tragically small, it's an offer many of them took up. Records show that as much of half of any given pirate ship's crew in the early Eighteenth Century would have been composed of freed Africans. Even Blackbeard's trusted second-in-command who died fighting with him at Teach's Hole was one of these men, known to us only as Black Caesar.

While many pirates did kill and plunder, they were killing and plundering from people who were themselves killing, plundering, enslaving, and exploiting lands which had been invaded and were held by force. What seemed to offend the authorities so much about the pirates was not their tactics, but that somebody else was getting a cut of the action. 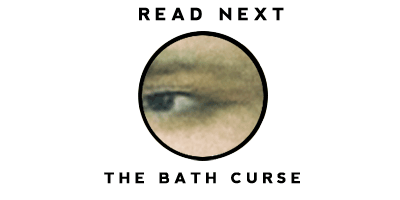